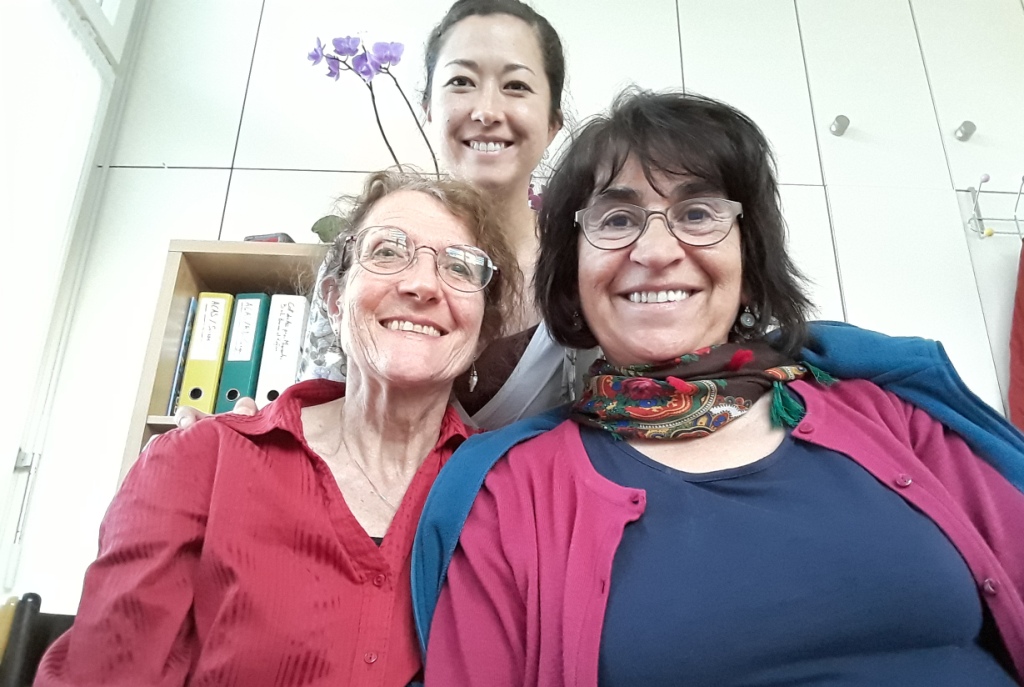 On March 24th 2019, the InterPlus Sharing held in Biel/Bienne talked about the topic “Live this Short Earthly Life in the Light of Eternity” (World Scripture pg. 184).

Religions do not expound on the reality of a future Life merely as a comfort to the bereaved or as an opiate to the oppressed in this life. Rather, the fact of a future life enhances the purpose and sharpens the meaning of earthly existence. How a person lives on earth mainly determines his or her ultimate destiny. A wise person lives in this world with an eye toward eternity.

Indeed, it is generally taught that life in this world is the only chance we have to prepare for life in the next world. The link between deed and retribution is not severed by death; rather we reap in the eternal world the fruits of our actions in this life. Just as importantly, a person’s qualities of character survive death: as a person in this life was hard-working or lazy, generous or miserly, courageous or timid, forgiving or begrudging, so will he or she continue to be in the afterlife.

Therefore, the wise person lives with an eye to eternity by following religious precepts, repenting for misdeeds, and seeking to clear up all accounts before the day of his death. For one who is prepared, death is not to be feared. But for those who are heedless and do not prepare, death comes suddenly, fearfully and leaving them with regret. As Father Moon teaches, souls in the spirit world breathe the air of love; therefore, unless they have cultivated on earth the capacity for love, they will find the spirit world suffocating. Hence, the measure of our future happiness in the eternal world is the ability to love that we cultivate during earthly life.

This world is like a vestibule before the World to Come; prepare yourself in the vestibule that you may enter the hall.

The Marrying Maiden: The superior man understands the transitory in the light of the eternity of the end.*

*As a bride-to-be prepares herself for a life-long marriage, human relationships are likely to be successful only if they are grounded in the perspective of eternity.

A rare chance, in the long course of time, is human birth for a living being; hard are the consequences of actions; Gautama, be careful all the while!

And we see that death comes upon mankind... nevertheless there was a space granted unto man in which he might repent; therefore this life became a probationary state; a time to prepare to meet God; a time to prepare for that endless state which has been spoken of by us, which is after the resurrection of the dead.

If any do wish for the transitory things of life, We readily grant them such things as We will, to such persons as We will. But in the end We have provided hell for them; they will burn therein, disgraced and rejected. But those who wish for the things of the hereafter, and strive for them with all due striving, and have faith—they are the ones whose striving is acceptable to God.

We are on a market trip to earth: Whether we fill our baskets or not, Once the time is up, we go home.

As the fallow leaf of the tree falls to the ground, when its days are gone, even so is the life of men; Gautama, be careful all the while!

As the dewdrop dangling on the top of a blade of grass lasts but a short time, even so the life of men; Gautama, be careful all the while!

A life so fleet, and existence so precarious, wipe off the sins you ever committed; Gautama, be careful all the while!

O people! Fear God, and whatever you do, do it anticipating death. Try to attain everlasting blessing in return for transitory and perishable wealth, power and pleasures of this world.

Be prepared for a fast passage because here you are destined for a short stay. Always be ready for death, for you are living under its shadow. Be wise like people who have heard the message of God and have taken a warning from it.

Beware that this world is not made for you to live forever, you will have to change it for hereafter. God, glory be to Him, has not created you without a purpose and has not left you without duties, obligations, and responsibilities...

You must remember to gather from this life such harvest as will be of use and help to you hereafter.

As we live out our earthly life, we are at the same time moving toward the eternal world. Most people pass through life like this: they are born, grow from youth to teen age to their 20s and 30s, reach middle age, and then gradually fade into old age. They live their lives like a setting sun.

We, on the other hand, know the existence of the spirit world. We know that this earthly life is short, while the world after death is eternal. Therefore, we live our earthly lives as the time to prepare ourselves for the eternal world.

Our life in the physical body is a preparation period. It is like taking a course at school where the tuition is the price of our entire life. Knowing this, we cannot but strive to fulfill our responsibility in order to achieve a result that would properly represent our life. (140:121, February 9, 1986)

Which is more important, the flesh or the spirit? It is the spirit. The flesh can live within a limited timeframe of seventy or eighty years, but the spirit transcends time and space.

No matter how good a life you may enjoy in the flesh, you will die in the end. The flesh is meant to die. Hence, we should not live according to measures of physical life. The flesh exists for the spirit, not the spirit for the flesh. You should not cling to physical things as people in the secular world commonly do. (20:326, July 14, 1968)

In spirit world we breathe love. Those who fail to love on earth will suffocate in the other world. Earthly life is a training ground where we train ourselves to breathe in the other world. That is why we should love others more than our own spouse. (121:294, October 29, 1982)

It takes good nurture in the mother’s womb to be born as a good-natured and healthy baby. Likewise, to be born well into the spirit world from the “womb” of earthly life, you should grow by taking after God’s divine heart and character. In the process you should work hard to overcome obstacles, even if it means risking your life. (14:17, April 19, 1964)

Religion is a means for us to learn the laws of heaven while we are alive on earth. It exists to train us while on earth to possess the character whereby we can adapt to the laws of the original homeland when we arrive there one day. (77:189, April 6, 1975)

How precious it is to be alive on the earth! It is only one moment, our only one chance. Compared to eternity, our earthly life is nothing but a dot, so short. Therefore we should rise above any thought for our physical life and prepare for the spirit world. (207:99, November 1, 1990)

You all think, “I am young. Surely I will live another 40 or 50 years.” Do you have a guarantee from God? Rather, it would be better if you thought you might die soon—maybe within a year—and you had only a short time left to prepare everything. Live with this kind of concept. The sooner you expect to die, the better. Then you would be busy preparing the true substance that will enable you to build your “house” of eternal life.

How serious would you be if you really believed that you had only two more years to live? Visit a cemetery; go to a funeral and see death. It is necessary to do this in a life of faith. Jesus said, “Whoever would save his life will lose it, and whoever loses his life for my sake will find it.” Expecting to die soon, you would determine to die for God’s Will and for Heaven. Then you will live eternally. (102:122, November 27, 1978)