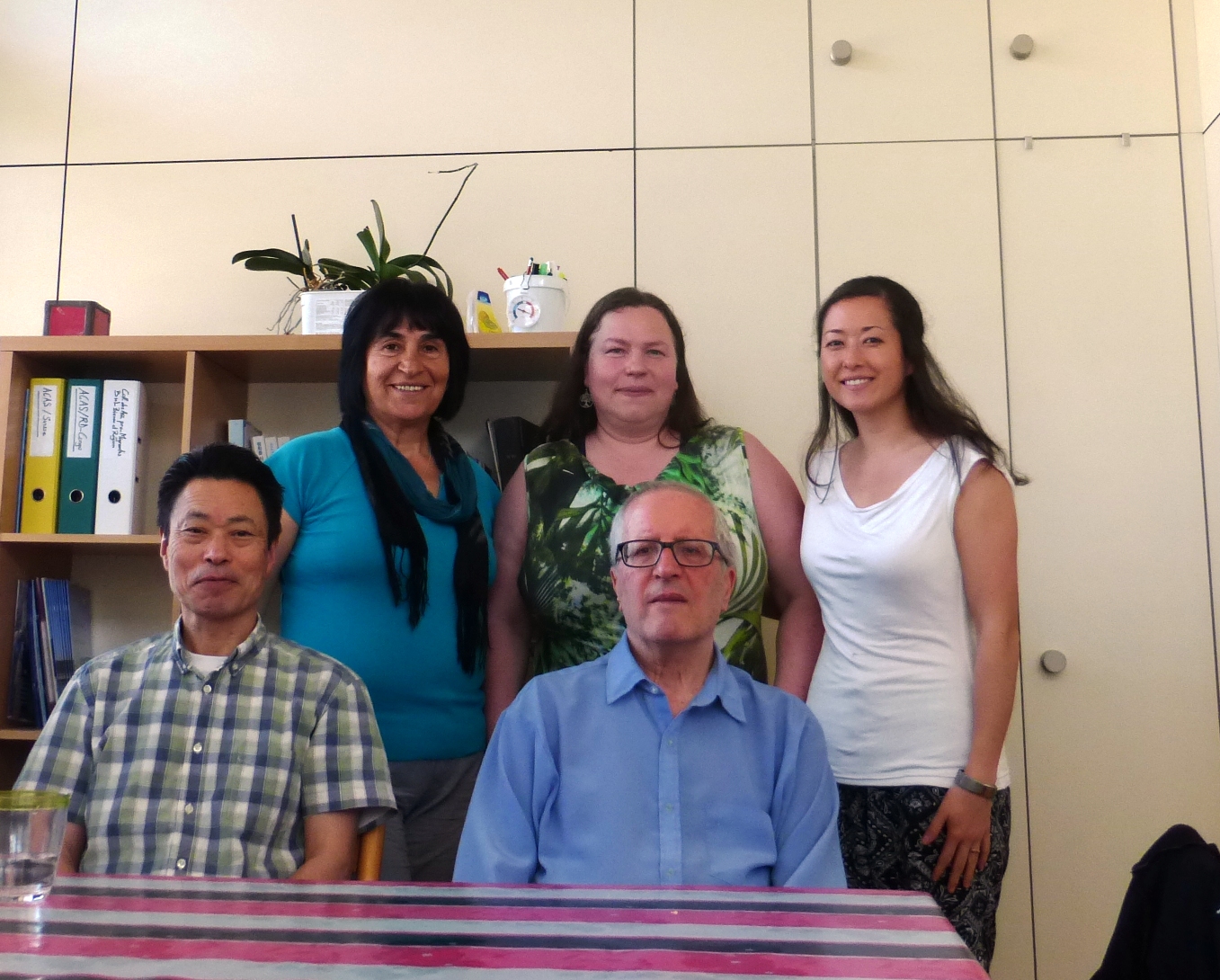 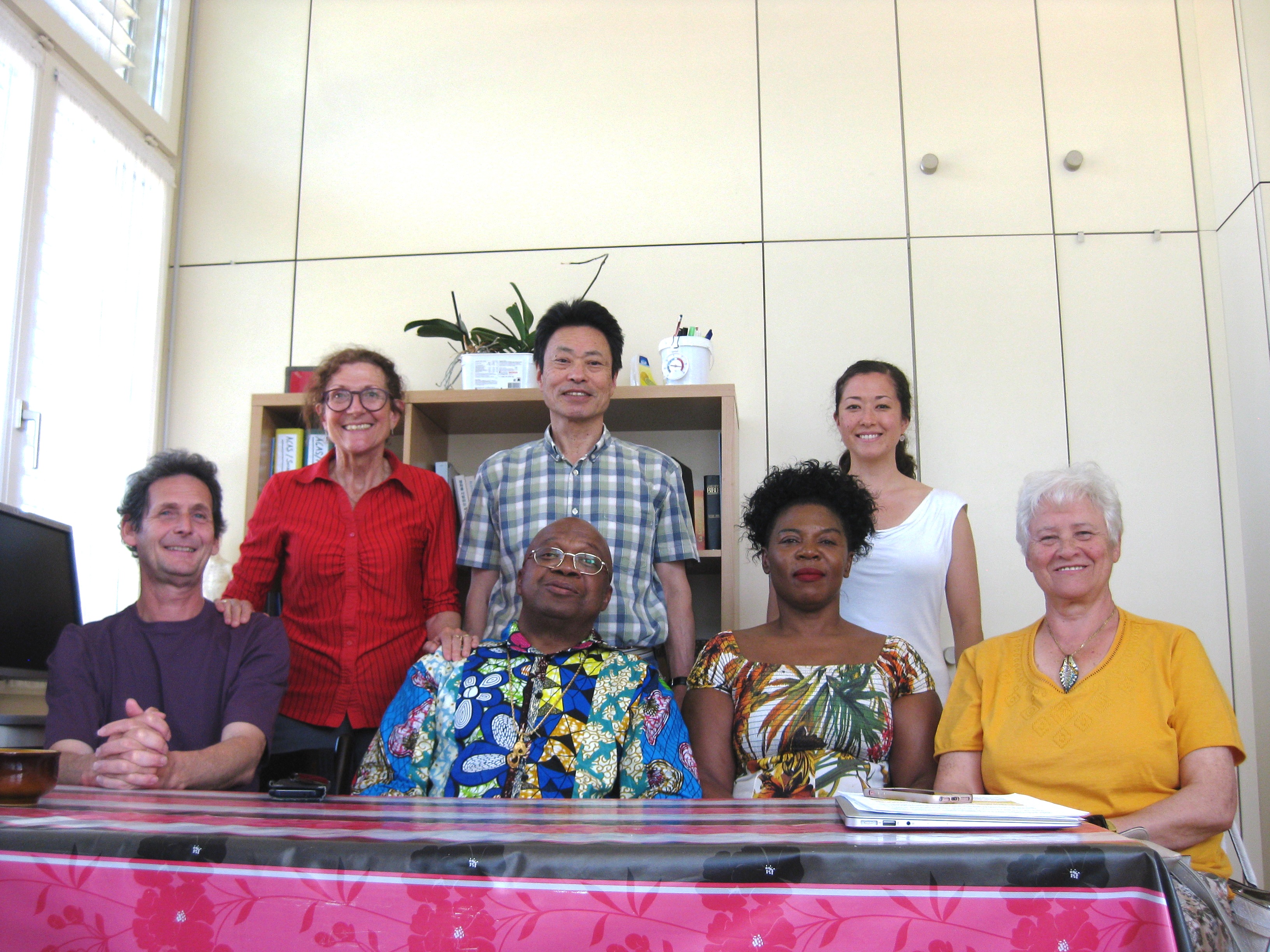 “If we lose our conscience, we become like animals. The conscience is what guides us.”

You may not see yourself growing up, but you definitely know it when you are sinning.

“When we sin then we realize. Like Adam and Eve sinned in the garden of Eden and then their eyes opened, they realized that they committed a mistake.”

“It’s normal to make mistake, but not sins or delicts.”

The mind is said to be twofold:

The pure and also the impure;

“Probably the desire here is talking about the sexual desire.”

And I do call to witness the self-reproaching spirit.

“The self-critique is important for developing ourselves. In the old times we couldn’t make any comment, we would be killed. Nowadays still in some countries it is forbitten.”

“These people are not in peace.”

“Some people who committed crimes again in repetition don’t feel anything. It’s based on habits, then it’s really difficult to change something. But it is possible, for example like a flash of conscience.”

And every tongue brings in a several tale,

And every tale condemns me for a villain.

“There’ll be always a villain in any story.”

Every judgment of conscience, be it right or wrong, be it about things evil in themselves or morally indifferent, is obligatory, in such wise that he who acts against his conscience always sins.

“The last instance is the conscience.”

If a superior give any order to one who is under him which is against that man’s conscience, although he does not obey it yet he shall not be dismissed.

Saint Francis of Assisi, Third Admonition of the Order (Christianity)

“It’s more difficult to handle with your own conscience than with somebody we’re struggling with. We cannot run away from our conscience!”

“We can obey in the good way but also in a bad way.”

“People who don’t have a conscience anymore, will not see/feel that something is bad.”

To the pure all things are pure, but to the corrupt and unbelieving nothing is pure; their very minds and consciences are corrupted.

“Like Jesus was pure, the ones who were attacking him were corrupted and were seeing him as corrupted and fallen. It’s a reflection of themselves.”

“People are also rejecting the truth because of ignorance.”

“For example, as a physician, you should decide if you don’t want to do abortions. Then you will be in peace with your conscience.”

I myself had reason for confidence... as to the law a Pharisee, as to zeal a persecutor of the church, as to righteousness under the law blameless. But whatever gain I had I counted as loss for the sake of Christ. Indeed I count everything as loss because of the surpassing worth of knowing Christ Jesus my Lord.

“Paul was the one who used to persecute the Christians. At that time, he was feeling that it was correct. From the moment he understood the teachings from Jesus, he had a new conscience and viewpoint that couldn’t allow him to persecute them.”

“The more we understand God, the more we feel we have to change ourselves.”

As he pursues his life’s course, a person must attend his own deep mind. This is an ironclad rule of Heaven. Heaven will punish a person who fails to follow his original mind’s order. (4:260, August 8, 1958)

“Here it’s mentioning the deep mind and not conscience. We could ask ourselves if the mind and conscience is the same.

“Maybe each mind has his own purpose and we have to discover it.”

“Also if I’m not able to attain my personal goals I’ll feel guilty about myself.”

No one can help me be reconciled with my conscience; it is up to me, to each individual. For instance, if I wronged my brother, I would be ashamed to go near him. Even if he doesn’t know that I wronged him, my conscience already knows it. Because I feel pangs of conscience, I keep myself at a distance, feeling all the while that I should go to him and confess. That is how the principle of heaven and earth operates. Due to the Human Fall we were desensitized, but anyone whose sensitivity is keen and sharp already knows it. (400:382, January 11, 2003)

“We have to say what is wrong in us and share with others. Otherwise we cannot grow.”

“In the dialogue, there will be only winners. In the debate, there’ll be a winner and loser.”

Every human being, throughout his life, has a most precious teacher within himself. Yet we do not treat this teacher well. We mistreat it, trample on it and abuse it. That teacher is the human conscience. Our conscience always gives us helpful words of advice, trying to connect us to true love. Like a parent, our conscience urges us to be good, unselfish people, and guides us to do the Will of God. But within each person there is also a rebel who always goes against the conscience. That rebel is the physical body.

The body tramples and abuses the conscience miserably. Knowing this, how can you continue to side with your body, the enemy of your conscience, as it weakens your character and damages your life?

Your conscience should be your constant internal teacher and parent, leading you to complete unity with the ultimate Parent of humankind, God. Your conscience is the agent of God within you. Do you think you should indulge and go along with your body, the enemy of the conscience? Or should you control and restrain your body and vindicate your conscience? Your body seeks only after carnal desire. It always seeks for comfort, and wants to take advantage of others. To conquer the realm of the body is an awesome responsibility, which every person must undertake. (201:208, April 10, 1990)

“The human being is good, it is the society that corrupts him. Depending on the society you grow up, the conscience will react in different ways.”

God is the great King of wisdom. He did not place the path to perfection in some far off place. Instead, He prepared it in the place that is nearest to us, the place that is most private and safe— your conscience.

Ladies and gentlemen, your conscience is your master. It is your teacher. It stands in the place of your parents. Your conscience is the first to know everything about you. Your conscience knows all your thoughts. It knows before your teacher, your parents or even God knows. Think how much advice your conscience gives you over your lifetime. Day and night, every time you have an evil thought, it scolds you, saying, “Hey you!” It never grows tired as it works constantly to pull you over rivers and mountains. The conscience always stands as the true master, protecting you and trying to help you. Yet, how often have you betrayed your own conscience? What should be done about your body, which has thoroughly mistreated this precious, irreplaceable teacher that the universe bequeathed to you? Do you intend to idle your life away, clinging to your physical body and enslaved by its desires while it continues to brutally trample your conscience? Don’t you realize that your conscience was given to you as the representative of your heavenly Parent, to enable you to inherit His original love? (May 1, 2004)

“That’s why in the past, many people would hit their bodies. Even now, some believers follow some conditions like fasting, reducing sleep, prayers, etc.”

You say that you are people of good character. You are self-satisfied and believe that there is nothing wrong with your conscience. However, your conscience is asleep...

Is the religion we follow today capable of awakening humanity’s sleeping conscience? Do we have a philosophy that possesses such content? When the conscience is awakened, the shock, determination, and resolve that rush in must be so strong that in an instant it can properly rearrange everything in the world. It has no fear of the sword or of death. Who will dare to stand in the way of the power rising up from our conscience? No one can block it. (10:284, November 6, 1960)