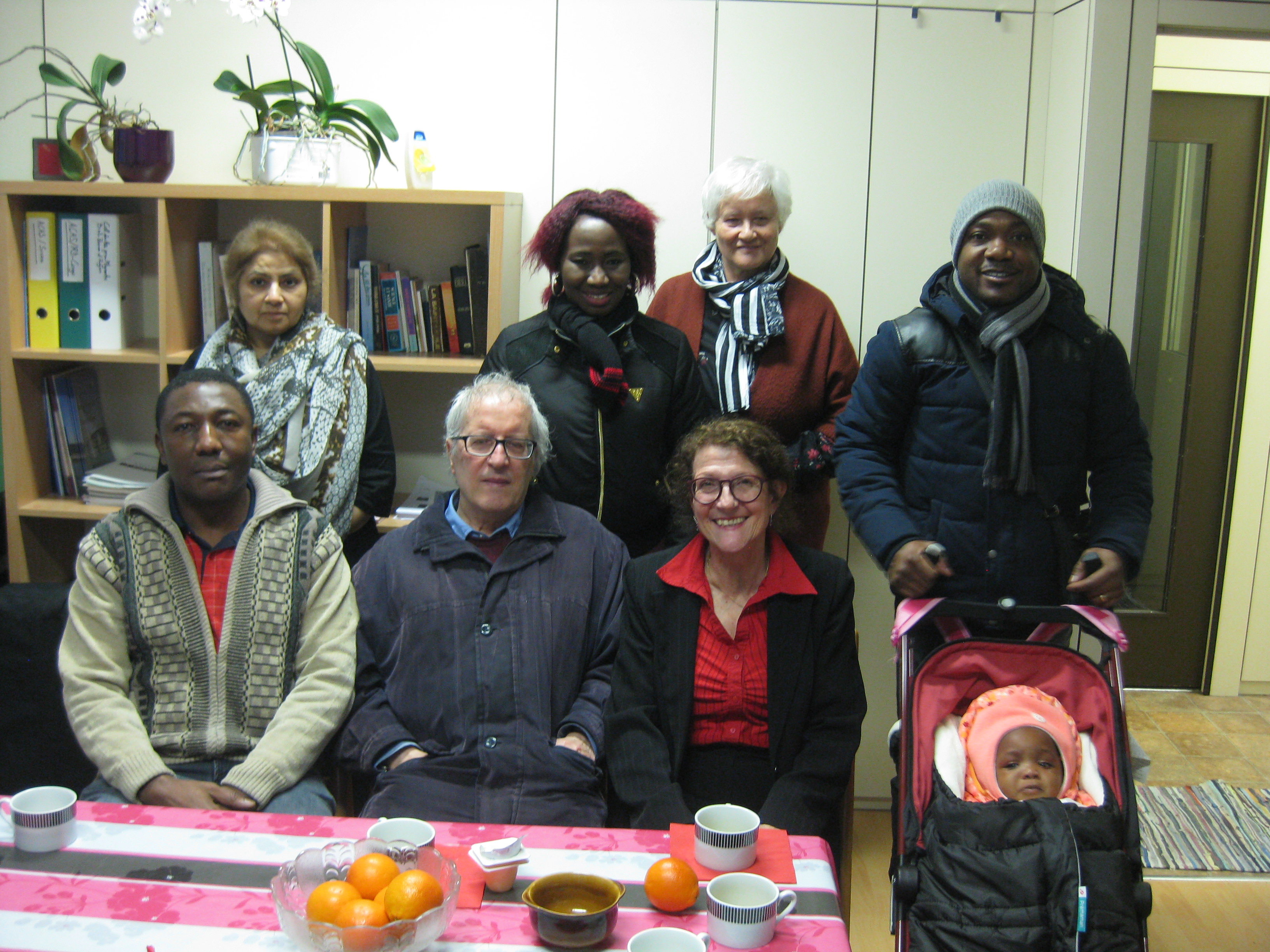 Sons have I reared and brought up, but they have rebelled against me.

“The children that were created by God returned against Him. God must have felt terrible.”

The Rock, his work is perfect; for all his ways are justice.

A God of faithfulness and without iniquity, just and right is he.

They have dealt corruptly with him, they are no longer his children because of their blemish; they are a perverse and crooked generation.

Do you thus requite the LORD, you foolish and senseless people?

Is not he your Father, who created you, who made you and established you?

“It is the same meaning as the first passage. Human beings are not worthy to be God’s children. We should ask to be forgiven for what we have done.”

We are all as the Buddha’s sons. The Buddha has always declared that we are his sons. But because of the three sufferings, in the midst of births-and-deaths we have borne all kinds of torments, being deluded and ignorant and enjoying our attachment to trifles. Today the World-honored One has caused us to ponder over and remove the dirt of all diverting discussions of inferior things. In these we have hitherto been diligent to make progress and have got, as it were, a day’s pay for our effort to reach Nirvana. Obtaining this, we greatly rejoiced and were contented... but still we did not perceive that we are really Buddha’s sons.

“The daughters are forgotten…”

“We could replace the name of Buddha by Jesus’s name and it could be meaning the same.”

For since in prayer we call God our Father, it is our duty always to deport and demean ourselves as godly children, that He may not receive shame, but honor and praise from us.

“What is important is that God leads the people to praise Him or to guide them.”

“If the Bible hasn’t been written with parables maybe it wouldn’t have spread as much as it did.”

The original relationship between God and human beings is that of eternal Parent and child. Restoration, therefore, means recovering that relationship. (316:236, February 13, 2000)

“It changes our relationship if I consider my brother or sister as the son or daughter of God and he or she knows that as well.”

“We are like the channels, being the prince or princess. The answer can be given by our brother or sister from God.”

In relating to God, we should follow the way of children of filial piety. God is serious about the world situation. Is there someone who, with even greater seriousness, is desperate to experience God’s heart, and who forgets himself and spends sleepless nights in the struggle to become God’s child? This is what the question comes down to. (62:35, September 10, 1972)

“If we offer some conditions by fasting, sacrificing our sleep or physical needs and we are desperate to receive some answers from God or experience Him, we can receive those answers either from others or by inspirations or have a spiritual experience with God.”

God is your Father and you are your Father’s daughters. How much God has longed to embrace His daughters in His bosom? For that reason, you should become God’s filial daughters... If each of you becomes a filial daughter, all your family members will follow suit. By the same token, the entire nation, world and cosmos will unite with you. You will become God’s number one victorious daughter, a saint to the world, a holy daughter to the cosmos. That is how you become a mistress in the realm of the royal family. (293:208, May 26, 1998)

“The women are very important. They are the ones teaching and educating the children. The country nowadays that has the highest migration rate is Nepal, according to the UN. The reason is that in Nepal, men are allowed to hit their spouses, so these are fleeing out of their countries. Fortunately, the customs are changing and people realize that those things are not right.”

Mayest we become Thy simple and pure children

who can penetrate to Thy heart of longing and love which desires to embrace us...

Father! Although we called Thee “Father,”

springing forth from our flesh and bones.

There was never a time when we could rush to Thee

Only after climbing over hills of sorrow,

hills of suffering and hills of resentment...

can we hold on to Thy heart and say:

“Father, Thy sorrow is my sorrow,

and Thy troubles are my troubles.

Please entrust all Thy suffering to me,