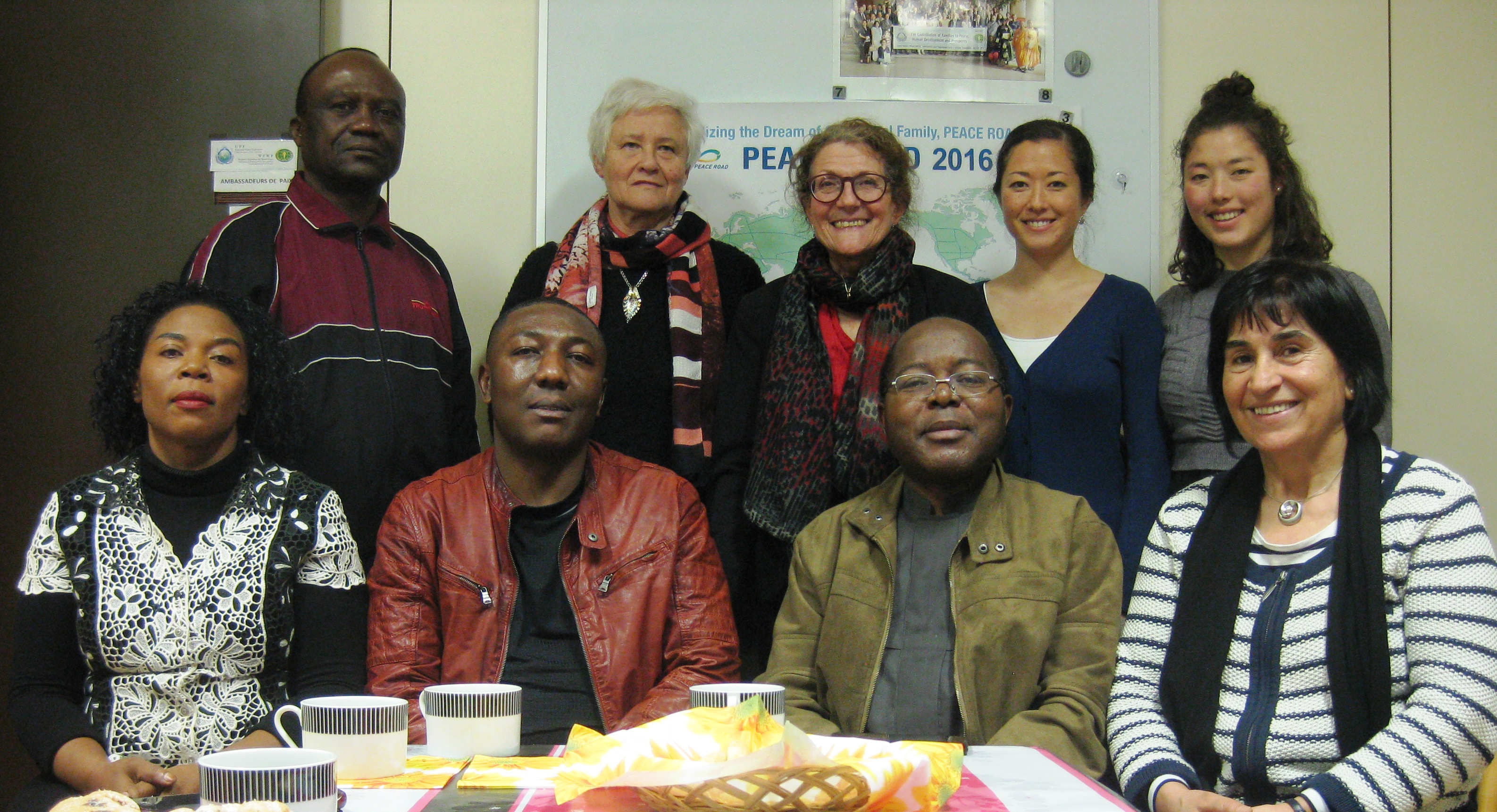 So God created man in his own image, in the image of God he created him, male and female he created them.

“The last part of the sentence is often forgotten; man and woman were both created.”

I am He, you are She; I am Song, you are Verse, I am Heaven, you are Earth. We two shall here together dwell, becoming parents of children.

“Two partners becoming one, a man and a woman. In this text, it’s like the masculine part of God is talking to the feminine part of God.”

The gospel of Love... presents the unity of male and female as no longer two wedded individuals, but as two individual natures in one; and this compounded spiritual individuality reflects God as Father-Mother, not as a corporeal being. In this divinely united spiritual consciousness, there is no impediment to eternal bliss—to the perfectibility of God’s creation.

“When we say that men were created in the image of God, it’s usually referred to the physical aspect. Then, we imagine God with a face, two eyes, two ears, two hands, etc. like human beings. If God would be really like that, how could He listen to all the prayers in the world?”

It is only when a man and woman become one that they come to resemble God, who created us male and female in His image.

In human beings, God’s internal nature and external form are manifested separately as man and woman. When the time is ripe, they are to become a father and a mother, Parents of Heaven and Earth. Then, God dwells in their bones.

“When is the state of ripeness? We can define it as when people can live for each other, not depending on the other. Ripeness can be applied for the physical and spiritual maturity.”

“In some African countries, if a man wants to take a woman for his wife, he will be asked to steal a goat and bring it to the father of the woman. If he can do that, he will be able to take the daughter as his wife.”

God is the harmonious union of the dual characteristics of masculinity and femininity. Creation occurs by the principle that God’s internal nature divides into two separate characteristics, which then re-unite in a form that resembles God’s original internal nature. Man and woman are born each resembling one of God’s characteristics. That is, the union of God’s son and God’s daughter is the union of God’s masculinity and God’s femininity. In their harmonious union they resemble God. For this reason, husband and wife are a unified body that represents God in His entirety.

“The biggest characteristics that distinguish human being are the sexual organs.”

Even secular people wish that their loved ones would live forever. They want to go through life with one partner only, and would dislike it if he or she were to change. If even fallen human beings want their beloved partners to be eternal, unchanging, absolute, and unique, how much more so would God, who is the Center of the universe? There is no possibility that God would want His beloved partners, human beings, to be changeable. Nor would God want His object partners to be limited in any way. Instead, God wants us to be absolute. God wants us to be unchanging.

What is God’s purpose in creating human beings? He did not create them just to watch them go about their daily lives. He did not create them to just grow old and die. God created human beings to have us build a God-centered haven of love. We are created to grow to maturity in love, communicate with each other through heart, and then build God’s Kingdom on earth. Adam, the male, represents heaven, and Eve, the female, represents earth. Therefore, when the two become one horizontally in God’s love, they bring unity to the entire cosmos, heaven and earth.