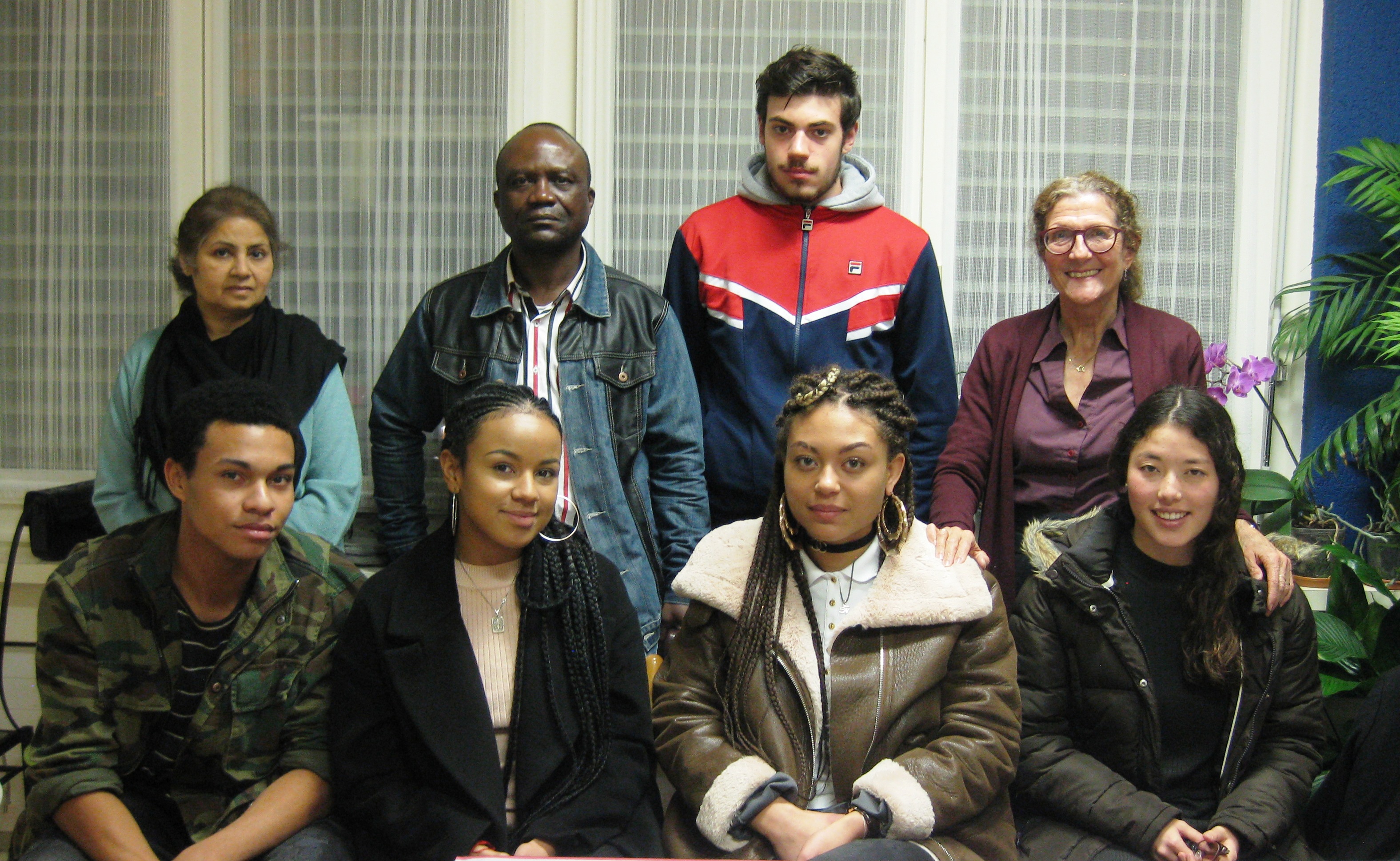 The Image of God

HOW CAN WE DESCRIBE A HUMAN BEING’S LIKENESS to the divine? This and the following sections explore this topic from three aspects: Human beings are created in God’s image; we are vessels for God’s indwelling Spirit; and we are God’s beloved children.

Jewish and Christian scriptures teach that man was created in the image and likeness of God. The image of God speaks to the ideal of holiness, truthfulness, righteousness, and charity. The saint or self-realized person is like heaven, manifesting the character of God. To reach this ideal requires a transformation of the inner man, or as Father Moon puts it, a “revolution of character.”

Father Moon’s teaching seeks to get at some of the ways that human beings resemble God. He examines God’s attributes: omnipotence, omniscience, absoluteness, eternity, etc. and explains that human beings strive for these same qualities. Moreover, possessing these qualities is our heavenly birthright.

Furthermore, the scriptures affirm that men and women are equally in the image of God. Since God created human beings to be nothing less than His counterparts with whom to share His complete love, human beings should resemble God to the fullest extent. Thus, had human beings not been marred by the Fall, we could attain the fullest manifestation of God’s image as a man and woman in the union of marriage.

God said, “Let us make man in our image, after our likeness.”

“The painting resembles the painter. Children resemble their parents”

O Son of Man! Veiled in My immemorial being and in the ancient eternity of My essence, I knew My love for thee; therefore I created thee, have engraved on thee Mine image, and revealed to thee My beauty.

“What I say does not come from me, but from God. Baha’u’llah speaks the words of God. If we consider each other as the beauty of God, the image and child of God, there will be no more judgment and conflicts. It elevates the spirituality, which is the role of religion.”

“The danger in our current world is to have mainly a physical enrichment rather than a balance with spirituality, putting too much emphasis on the outside rather than the inside. Especially in medicine and psychiatry is only the physical aspect taken into consideration.”

So set your purpose for religion as a man by nature upright—the nature [framed] of God, in which He has created man. There is no altering the laws of God’s creation. That is the right religion.

“The right religion is to maintain the relationship with God. This religion enables to develop oneself and strengthen the vertical relationship. This book opens the mind to different viewpoints and religions. The story of three rings from three religions: a Muslim gave the identical rings to his sons and asked him how to differentiate them.”

Conform yourselves to the character of God.

“We are created in the image of God but it is still essential to develop ourselves to become like God. What are the characteristics of God? He/She is loving, supporting, good, a parent, …”

Fire blazing from the earth.

The Superior man reflects in his person

“What comes from the inner of the earth? Fire. Fire is a symbol of Satan. It can also be a symbol of truth. And when we are confronted with Satan, we must show the virtues of God.”

If we keep unperverted the human heart— which is like unto heaven and received from earth—that is God.

“What is done on earth is linked in heaven. If we do something according to God, it is good.

If a man has a heart turned to God, totally pure, the man is like God.”

Looking first at absolute Justice, Beauty and Temperance, and again at the human copy, they will mingle and temper the various elements of life into the image of a man. Thus is a human being conceived according to that other Image, which, when existing among men, Homer calls the form and likeness of God.

“If human beings live according to the image of God, God can exist among them. The myth of the cave: People in the cavern think that the life inside is normal. Therefore, their point of view is limited and they do not want to listen. We are afraid of differences and we tend to escape from them. The fear to lose something is often more present in changes than the chance to gain something greater.”

God is never in any way unrighteous—he is perfect righteousness; and he of us who is the most righteous is most like him.

That which is the finest essence—this whole world has that as its soul. That is Reality. That is the Self. That art thou.

“The Reality is not something we see with the physical eyes. But rather with spiritual eyes. Why do some couples stay together a lifelong? Although they might be both old and wrinkled, they look at each other with eyes of love and heart, and therefore find the partner beautiful and love each other.”

Veiled by ignorance, The minds of man and Buddha appear to be different; Yet in the realm of Mind Essence they are both of one taste.

"Human beings want to create external, physical objects to honor them; they also put saints or Jesus on a pedestal. But the purpose of Jesus was not that. Just like parents want their children to be better than them he wanted his followers to do greater things than him.”

And the LORD said to Moses, “Say to all the congregation of the people of Israel, ‘You shall be holy; for I the LORD your God am holy.’”

That Force which is in everything,

Come down between us, fill us,

“Religions have similar teaching. Signs of openness when some people pray. Some open their arms to God, to receive His inspiration and love. We cannot fill up what is already full. Therefore it helps to give out in order to better receive.”

“Now what do you think, Vasettha... is Brahma [the supreme Being] in possession of wives and wealth, or is he not?”

“Is his mind full of anger, or free from anger?”

“Is his mind full of malice, or free from malice?”

“Is his mind tarnished, or is it pure?”

“Has he self-mastery, or has he not?”

“Now what do you think, Vasettha, are the brahmins versed in the Vedas in possession of wives and wealth, or are they not?”

“Have they anger in their hearts, or have they not?”

“Do they bear malice, or do they not?”

“Are they pure in heart, or are they not?”

“Have they self-mastery, or have they not?”

“They have not, Gotama.”

“Can there, then, be agreement and likeness between the brahmins with their wives and property, and Brahma, who has none of these things?”

“Then that these brahmins versed in the Vedas, who also live married and wealthy, should after death, when the body is dissolved, become united with Brahma, who has none of these things—such a condition of things is impossible!”...

“Now what do you think, Vasettha, will the monk who lives according to the Dhamma be in possession of women and wealth, or will he not?”

“Will he be full of anger, or free from anger?”

“He will be free from anger, Gotama!”

“Will his mind be full of malice, or free from malice?”

“Will his mind be tarnished, or pure?”

“Will he have self-mastery, or will he not?”

“Surely he will, Gotama!”

“Then verily, that the monk who is free from household cares should after death, when the body is dissolved, become united with Brahma, who is the same—such a condition of things is in every way possible!”

What is man? Man is not matter; he is not made up of brain, blood, bones, and other material elements. The Scriptures inform us that man is made in the image and likeness of God. Matter is not that likeness. The likeness of Spirit cannot be so unlike Spirit. Man is spiritual and perfect; and because he is spiritual and perfect, he must be so understood in Christian Science. Man is idea, the image, of Love; he is not physique.

God made us in His image, like Himself. That means the Father resembles us just as we resemble the Father. So when someone asks you, “What kind of being is God?” you can answer, “He is someone like me.” This answer will hit the mark. (127:233)

“We resemble God and He/ She resembles us. What about our evil side? Does this element exist in God? Evil is the cause of the fall. The past passages spoke of the beauty of God in human beings, however, this paragraph is a little different and can be misinterpreted. The roman and Greek gods were in the image of human beings, but here it only hints at the original mind of human being that is like the God.”

God created all creatures to take after His image, and among them He particularly created human beings to represent His character and be co-creators.

“At the beginning, human beings were made in the image of God. Nevertheless, things changed through the fall. And we must therefore develop ourselves to advance toward God. Example of being present on the Gorée Island in Senegal, where many people were brought to the Americas for slavery. It is shocking to see Christians treating human beings not according to the words, but in a racist way. If human beings have the heart of God, it is impossible to see others suffer. If we develop love for others, we act when something is unjust. Some people have invested their whole life for God. Those people were pushed aside and persecuted. Thus many people disconnect themselves from their responsibilities, as the don’t want to be persecuted. The African Summit in Senegal: people from different nations, politicians, religious people and tribal chiefs, young and older people, were invited. The fear to be put aside, of not being accepted, makes us far away from God. If we do not know who we are, we search for models. The tendency is to resemble models, famous people in order to find value. But we all are different and are complementary to each other. We do not need to be all the same. Value does not come from physical things, but from being the image of God. The original mind is as the image of God. If we had unconditional love for everyone, we would not be able to be evil and act selfishly. We often say that things are from our nature and we cannot change anything about it. It depends a lot on maturity. It is very difficult to develop a heart of giving in a society, which is only based on materialism and success.”

People are fond of things that resemble them. Whom does the world resemble? In the future, whom should the ideal world resemble? It must resemble God. It says in Genesis 1:27, “God created man in His own image, in the image of God He created him; male and female He created them.” Indeed, God created men and women in His image. We like things that resemble us, and we can surmise that God likes us because we resemble Him. God created all creatures in heaven and on earth, and He is pleased when they resemble Him. (26:167, October 25, 1969)

God is the most public-minded being, whereas Satan is the most self-centered being, private and selfish to his bone marrow. Thus, God’s formula to restore human beings aims for us to become Godlike. This means that we must sacrifice what is personal and uphold what is public. Each of us must embody the spirit of altruism and service to others.