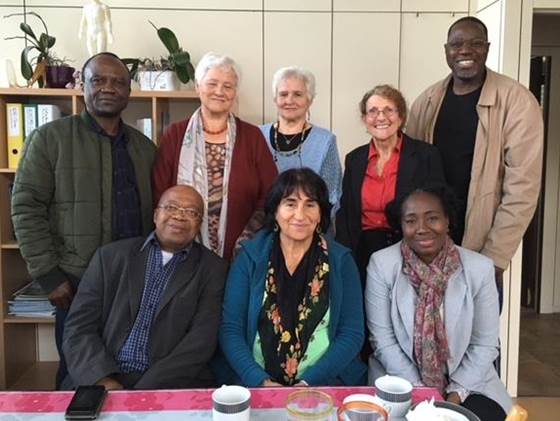 THE TEN COMMANDMENTS are known the world over as the basis of Jewish and Christian ethical values. Yet similar lists of ethical principles are found in most religions. The Qur’an contains more than one list of ethical precepts that has been termed the Islamic Decalogue. Jesus in the Sermon on the Mount commented that these commandments are not merely laws to be obeyed, but should be lived from the heart.

In Buddhism, Hinduism and Jainism there are lists of “ten charges” or “ten precepts” for monks and lay-people, and these are further condensed into lists of five universal dharmas called samanya dharma. Another comparable list is the Buddhist Eightfold Path. As befitting their Eastern perspective, most include inward elements, e.g., self-control and generating a heart of compassion. Confucianism has its own list of five— the Five Relations—with a distinctive emphasis on relationships rather than laws.

Father Moon himself has promulgated three commandments of the Kingdom of Heaven: Keep purity, do not violate the rights of others and do not steal. They can be compared to the Commandments specifically against adultery, murder and theft, but the second of these goes deeper into matters of the heart, reflecting the Confucian emphasis on proper relationships as well as Jesus’ teachings on the interior aspects of the Ten Commandments.

I am the LORD your God, who brought you out of the land of Egypt, out of the house of bondage.

You shall have no other gods before me.

You shall not make for yourself a graven image, or any likeness of anything that is in heaven above, or that is in the earth beneath, or that is in the water under the earth; you shall not bow down to them or serve them; for I the LORD your God am a jealous God, visiting the iniquity of the fathers upon the children to the third and fourth generation of those who hate me, but showing steadfast love to thousands of those who love me and keep my commandments.

You shall not take the name of the LORD your God in vain: for the LORD will not hold him guiltless who takes his name in vain.

Remember the sabbath day, to keep it holy. Six days you shall labor, and do all your work; but the seventh day is a sabbath to the LORD your God; in it you shall not do any work, you, or your son, or your daughter, your manservant, or your maidservant, or your cattle, or the sojourner who is within your gates; for in six days the LORD made heaven and earth, the sea, and all that is in them, and rested on the seventh day; therefore the LORD blessed the sabbath day and hallowed it.

Honor your father and your mother, that your days may be long in the land which the LORD your God gives you.

« Most of the commandments are in a negative form and there is much emphasis on not taking other gods and observing the Sabbath.»

Say, Come, I will recite what God has made a sacred duty for you:

Ascribe nothing as equal with Him; Be good to your parents;  Kill not your children on a plea of want— we provide sustenance for you and for them; Approach not lewd behavior whether open or in secret, Take not life, which God has made sacred, except by way of justice and law. Thus does He command you, that you may learn wisdom.

And approach not the property of the orphan, except to improve it, until he attains the age of maturity.

Give full measure and weight, in justice— No burden do we place on any soul but that which it can bear.

And if you give your word, do it justice, even if a near relative is concerned; and fulfill your obligations before God. Thus does He command you, that you may remember.

Verily, this is my straight Path: follow it, and do not follow other paths which will separate you from His Path. Thus does He command you, that you may be righteous.

«  The prophet didn’t repeat the words of the 10 commandments but completed some of them. The word is always related to a specific situation and to particular problems of an era and group. »

Seven precepts were commanded to the children of Noah: social laws [civil justice]; to refrain from blasphemy; idolatry; adultery; bloodshed; robbery; and eating flesh cut from a living animal.8

«  The last point wasn’t mentioned in the Ten Commandments »

You have heard that it was said, “You shall not commit adultery.” But I say to you that every one who looks at a woman lustfully has already committed adultery with her in his heart.

« Jesus is making the law clearer and broader and applying it not jus to actions but also to thoughts. »

Not killing, no longer stealing, forsaking the wives of others, refraining completely from false, divisive, harsh and senseless speech, forsaking covetousness, harmful intent and the views of Nihilists—these are the ten white paths of action, their opposites are black.

Nonviolence, truthfulness, not stealing, purity, control of the senses—this, in brief, says Manu, is the Dharma for all the four castes.9

Doctrine of the Mean 20.79 (Confucianism)

Heavenly law leads humanity to pursue goodness by setting up divine commandments and moral teachings. Without a doubt, Heaven reveals them for our education... Heaven has prompted saints and sages to propound moral teachings for pitiful humanity immersed in fallen life; thus [Confucius taught] the Three Bonds and the Five Moral Disciplines in human relations, and Moses introduced the Ten Commandments. Numerous people on the spiritual path toiled to establish these ways of life. (7:16-23, July 5, 1959)

From now on, we have to recognize and abide by three immutable laws: The first law: Do not defile the blood lineage, even at the point of death. The blessed blood lineage that has been bequeathed through God’s love and life must not be contaminated by actions immersed in the habitual patterns of the fallen world. Can you abide by this rule? All couples, even if your spouse is deceased, must pledge today that you will not defile your lineage.

The second law: Do not infringe upon human rights. Whether female or male, black or white, everyone is equal. One must not discriminate or violate human rights, [for example] by dismissing a person from his post out of a wrong motivation... The person that practices true love, honoring human rights in the correct way, living for the sake of others, is in the mainstream. The creation of heaven and earth began from that point. Whoever commits an act that dilutes or squanders this main current of thought is not to be tolerated. Violation of this is the second of all sins.

The third law: Refrain from stealing money or misusing public funds for selfish purposes. [For example,] if you are entrusted with a public mission but slack off and leave your post, then your stay in an expensive hotel is a violation of this law. It is destroying the public environment. It is something as fearful as misappropriating national assets. People who live this way can never be successful no matter how hard they try. Even if they pray hard, their prayers will not reach God.

Seventy percent of the people in jail are there because they violated these commandments. If you are imprisoned, you will see it is true. Human rights infringements and lineage violations are problems that concern man and woman. Then come the money problems.

What’s the first law? Keep your purity! Second? Don’t abuse human rights! Third? Don’t misuse public money! On this historic day, I declare that keeping these laws is absolutely necessary to maintain the sovereign power and kingship of heaven, and to stand before it as a people, and as parents, wives, children, and brothers and sisters.

Even if you are accused as a traitor and executed in public view, if you keep these commandments absolutely, your family will belong to the heavenly royal family that possesses eternal freedom, unity and liberation.

I want you to remember this clearly. Keep it as a motto, the motto of the third millennium: Pure lineage, equality of human rights, and guarding public assets—do not be a thief. What is next? Be an example! Be an exemplary parent, exemplary spouse, exemplary child and exemplary sibling. If you form such a family, people in your neighborhood will say, “We should follow that person. I want to live with him.” That person is surely a citizen of Kingdom of Heaven, and Heaven will remember that family forever.

I explained to you on this historic day, the day of the Coronation Ceremony of God’s Kingship, the three most important things that humankind must uphold and by which you can be truly liberated in your family and in your nation. I hope you can remember these contents and keep them as the goals of your life. (January 13, 2001)

Couples must never fall. If they do, it is a serious problem. I cannot emphasize this enough. Next, you should love human beings. Third, you should be careful not to misuse public funds. Matters of heart, relationships with human beings, and with material are very important. When the Heavenly Constitution is installed, [these will be its] first provisions. (169:217, October 31, 1987)