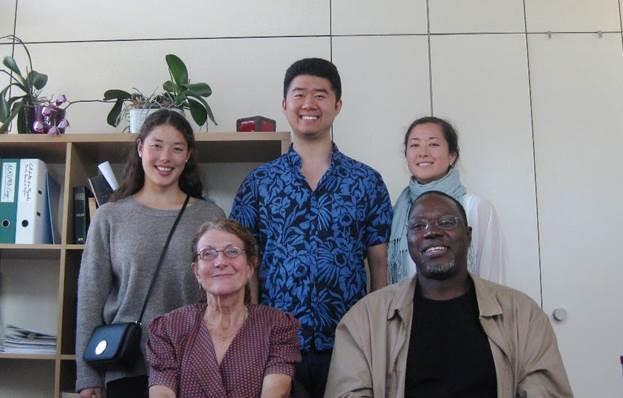 THE GOLDEN RULE is found in the scriptures of nearly every religion. It is often regarded as the most concise and general principle of ethics. Though sometimes called “reciprocity,” the Golden Rule is proactive, not reactive. It teaches us to initiate acts of kindness and consideration for the other, not to react to an insult by returning the same. Hence, this is a challenging ethic, requiring considerable moral integrity to practice.

There are three levels of this ethic: First, the negative expression, “do not do to others what you do not want them to do to you,” teaches us to refrain from harming others, as we would not wish to be harmed. Next, the positive form, “whatever you wish that men would do to you, do so to them” or “you shall love your neighbor as yourself” requires us to consider the other person’s needs and feelings and to act towards him or her in a loving manner. Finally, Father Moon’s teaching elevates the Golden Rule to his statement of the fundamental principle to live for the sake of others. This ethic calls us to continual acts of service and sacrifice. It requires a selfless orientation of character, which ultimately stems from our vertical connection to God and His endless love.

Whatever you wish that men would do to you, do so to them.

“This is the second level of ethic. Here it seems that it is conditional but in fact, we should put ourselves in others’ shoes, not expecting others to do what you do to them.”

Tsekung asked, “Is there one word that can serve as a principle of conduct for life?” Confucius replied, “It is the word shu—reciprocity: Do not do to others what you do not want them to do to you.”

“It is the first level of ethic.”

You shall love your neighbor as yourself.

“In the Old Testament, it’s not written about love your enemy. That commandment was brought by Jesus.”

Try your best to treat others as you would wish to be treated yourself, and you will find that this is the shortest way to benevolence.

“It’s like the 2nd level of ethic. It teaches us to become people of benevolence.”

One should not behave towards others in a way which is disagreeable to oneself. This is the essence of morality. All other activities are due to selfish desire.

In happiness and suffering, in joy and grief, regard all creatures as you regard your own self, and do not injure others with that which you would injure yourself.

“Here it’s again the first level of ethic. In Jainism, all creatures, even insects, are taking care of. So we shouldn’t harm any creatures.”

“Don’t let your emotions take over you. Even if you’re sad or angry, we shouldn’t let ourselves be overwhelmed by these emotions. It’s not always easy to express positive emotions around us. When we’re in a negative mood, it’s difficult.”

Comparing oneself to others in such terms as “Just as I am so are they, just as they are so am I,” he should neither kill nor cause others to kill.

“This goes one step further, we consider all as one. We are all human beings with similarities.”

One going to take a pointed stick to pinch a baby bird should first try it on himself to feel how it hurts.

Act only on that maxim through which you can at the same time will that it should become a universal law.

Immanuel Kant, Groundwork for the Metaphysics of Morals

“If you don’t live according to the universal laws, bad actions will come back to you.”

A certain heathen came to Shammai and said to him, “Make me a proselyte, on condition that you teach me the whole Torah while I stand on one foot.” Thereupon he repulsed him with the rod which was in his hand. When he went to Hillel, he said to him, “What is hateful to you, do not do to your neighbor: that is the whole Torah; all the rest of it is commentary; go and learn.”

Even looking at contemporary morals and social ethics, a certain principle applies. It is the standard that we live for the sake of others and not insist that others live for us.

“This is present in all major morals. But still we have to remind people about these rules.”

“This summarizes the level of ethics. The motivation starts in the mind. If I go work thinking that I will nourish my family, bring a progression in the world, I can live for the sake of others.”

What should you do to others if you want them to serve you? [Serve them.] Should you serve them first, or let them serve you first? [I’ll serve others after they serve me.] That won’t do. Isn’t there a saying that if you want others to serve you, you should first serve them? [Yes.] The basic rule is that you should be the first to serve. What about me? Do I, Father Moon, seek to serve you, or do I seek to have you serve me? I never have the slightest thought of wanting you to serve me. It is not good to be indebted to others.

“This is a way of living that is not usually put into practice. It needs a lot of efforts to change the habits of people.”

What is a life of true love? In a nutshell, it is living for the sake of others. It is living for the sake of another before you wish that the other would do something for you. In living for others, you give and forget that you ever gave. You do not give in hopes of receiving something in return. You give and give to the point where you have no regrets for not having given more. Even as you give, you bow your head in humility. Thus, Jesus said, “Greater love has no man than this, that a man lay down his life for his friends.”

“Again, it is important to be willing to give because we want to and not because we wait to receive something in return.”

According to the universal law, a subject partner should care for its object partner as parents care for their children or teachers for their students. However, people in the fallen world instead try to use others in self-centered ways. That is why they perish. Through their good example, religious people should educate others in Heaven’s principle that we should place the happiness of others before our own happiness.

“So many people have psychiatric problems because the give and take relationships between people are missing.”

“We can educate others by being a good example.”

“Sacrificing yourself for others and seeing that they are happy brings us so much joy.”