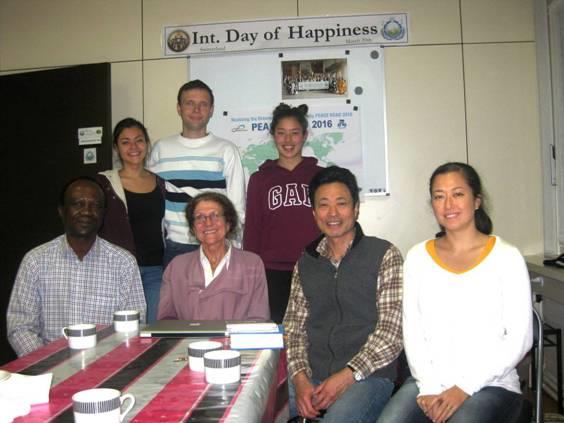 “The Thirty-three great gods grow angry in their palaces

When the king disregards the evil done in his kingdom.

Then the land is afflicted with fierce and terrible crime,

And it perishes and falls into the power of the enemy.

Then property, families, and hoarded wealth all vanish,

And with varied deeds of deceit men ruin one another.

Whatever his reasons, if a king does not do his duty

He ruins his kingdom, as a great elephant a bed of lotuses.

Harsh winds blow, and rain falls out of season,

Planets and stars are unpropitious, as are the moon and sun,

Corn, flowers, and fruit and seed do not ripen properly,

And there is famine, when the king is negligent…

Then all the kings of the gods say to one another,

“This king is unrighteous; he has taken the side of unrighteousness!”

Such a king will not for long anger the gods;

From the wrath of the gods his kingdom will perish.”

“Everything turns bad when the king is unrighteous and doesn’t take care of his kingdom. It is especially the case when the king disregards the evil done in his kingdom. Whoever we’re talking about, teacher, leader, director, etc., if they don’t put rules, it becomes a chaos within their students, employees, etc.”

“Have they not traveled in the land to see the nature of the consequence for those who disbelieved before them? They were mightier than those in power [today] and in the traces which they left behind them in the earth. Yet God seized them for their sins, and they had no protector from God.

That was because their messengers kept bringing them clear proofs of God’s sovereignty but they disbelieved; so God seized them. Lo! He is Strong, Severe in punishment.”

“It’s more the consequences of our acts that punish us, not God Himself!”

“The Duke of Chou said, “I make an announcement to all Yin and managers of affairs. Oh, august Heaven, the Lord-on-High, has changed his principal son [the ruler] and this great state Yin’s mandate. Now that the king has received the mandate, unbounded is the grace, but also unbounded is the solicitude. Oh, how can he be but careful!

“Heaven has removed and made an end to the great state Yin’s mandate. There were many former wise kings of Yin in Heaven, and the later kings and people here managed their mandate. But in the end [under the last king] wise and good men lived in misery so that, leading their wives and carrying their children, wailing and calling to Heaven, they went to where no one could come and seize them. Oh, Heaven had pity on the people of the four quarters, and looking with affection and giving its mandate, it employed the zealous ones [the leaders of the Chou]. May the [new] king now urgently pay careful attention to his virtue.””

Book of History 5.12.2, Announcement of the Duke of Chou (Confucianism)

“This passage is a prophecy for a new king. He should be better than the last king and bring values again. The last one was bad and brought misery to the people.”

And on Hindustan let loose terror.

The Lord Himself punishes not:

So He sent down the Mughal Babur, dealing death as Yama.

As the people wailed in their agony of suffering,

Didst Thou feel no compassion for them?

Thou who art Creator of all—

Should a powerful foe molest one equally powerful,

Little would the mind be grieved;

But when a ferocious tiger falls upon a herd of kine,

These dogs that despoiled the jewels [India’s resources] and wasted them,

Now shameful will be their end.

Thou alone dost join and unjoin—

Whoever arrogates to himself greatness,

Tasting all pleasures to satiety,

In the eyes of the Lord is only a worm picking grain.”

“If two powerful groups of people fight against each other, then we shouldn’t intervene. But if a weaker group gets attacked by a stronger one, there should be an intervention. It is the case for the Sikhs, being a minority and having been attacked by Hindus.”

“Throughout human history there have been many great civilizations. Why did they perish? As their civilizations developed, rather than living for the sake of the world they became self-centered and devoured the rest of the world to satisfy their appetites. Do you think America is an exception?

America is the leading nation of the world; especially its culture moves the whole world. Yet America has become arrogant and discriminatory. If she continues this way, she will inevitably decline. Despite her worldwide fame, internally her children are being struck. Children are a nation’s most precious possession and hope for the future, but they are being struck.”

“It is again like a prophecy for America. America or any other country that live self-centered will perish. Children are the ones suffering from the consequences of the behavior of those countries. God can’t intervene directly in these situations but indirectly through other people.”

“At one time, Great Britain unified the world under the banner of Christianity. Yet the British thought the world existed for the sake of Britain. They did not understand that Great Britain was given its empire for the sake of the world. For that reason, Britain lost its empire. Today the United States is the worldwide power, but Americans should never think that the world exists to serve America’s interests. America should serve the interests of the world. Otherwise America, like Britain before her, will decline.”

“History goes around in cycles. People that were oppressed come to rule their former oppressors. Once they develop a superior ideology or way of life, they come to rule those who once ruled them… It is inevitable—a principle in this fallen world.”

“The bad things that somebody did will be returned back to him/her. Also doing bad things, we become the examples for others who still do the same.”

Does this occur in today’s fallen world? One nation is very rich and another is very poor; does this disparity create a flow like water and air to bring equity? Who, then, is going against the law of nature? Advanced nations are. If they go against God’s law, they will eventually be destroyed. One way that God is punishing and warning these advanced nations is through AIDS and drug problems. He permits unlawful things like homosexuality and free sex, things that Satan loves.

Therefore, to prevent America’s destruction, it should permit leveling to occur. Therefore, I will encourage the American people to fast occasionally and with the excess food help the starving people in the poor nations. Like the natural world, the human world has to come into balance and harmony under the natural law.”