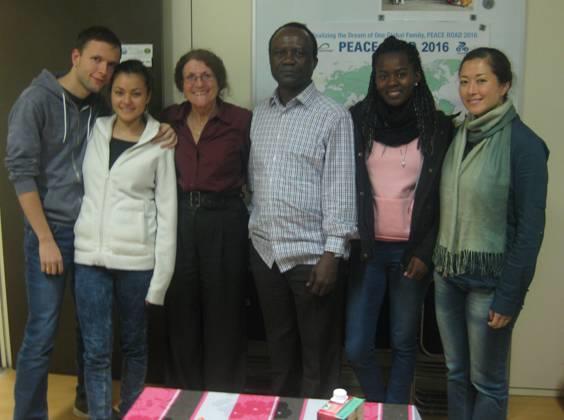 Dishonesty about spoil has not appeared among a people  without  God  casting  terror  into  their hearts; fornication does not become widespread among a people without death being prevalent among them; people do not give short measure and weight without having their provision cut off; people do not judge unjustly without bloodshed becoming widespread among them; and people World  Scripture   and   the  teachings of Sun Myung  Moon 1092 are  not  treacherous  about  a  covenant  without the enemy being given authority over them. Hadith of Malik (Islam)

"Must one person be good or the whole nation?"

"The nation will crumble and fall because of the people’s behavior, which makes God sad. Depends on the people and as consequences of the people, not as God’s punishment."

On us shall descend some awful curse,

Thus speaks the Creator of men,

But the men refuse to listen.

On us shall descend some awful curse,

We have but one word to say:

Idle about! Sink in sloth!

Men of such kind will gain nothing from the

For they know not His voice.

He is the one who loves man.

"There were curses like this long ago and it’s coming back. Doesn’t say that God curses them, but the people themselves curse."

History does not progress by itself. God, working in the background, intervenes and leads its development over certain times and periods. (4:191, April 20, 1958)

"God doesn’t work with just one religion, but with everyone."

Many civilizations rose and fell throughout history. Once-great cultures are now ruined and forgotten. Sometimes they declined due to external causes like weather, disease, or natural disasters, but mostly the cause was internal corruption, especially decline of religion or morality. (343:155, January 27, 2001)

"Maybe civilizations fell because of some material desire, internal corruption or extremism against another."