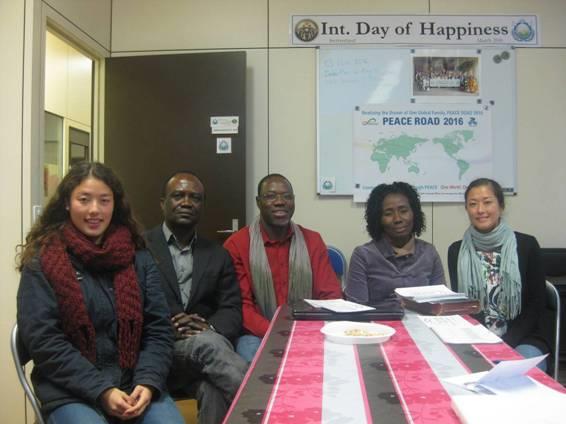 “O dweller in the body, make reparation for whatever you have done!”

“The spirit is represented as the responsible being for the body. It has to repair for what it has done.”

“We should right away ask for forgiveness and accomplish restitution to the person we injured and not wait. God always accept forgiveness from human beings but not other people. We have to solve the problems between us, human beings.”

“Sama’a asked Imam ‘Ali about whether there is a way to repentance for one who commits pre-meditated murder. He said, “No, not unless he pays the blood money to the murdered man’s relatives, frees a slave, fasts for two consecutive months, asks God’s forgiveness and offers voluntary prayers. If he does this then I would hope that his repentance would be accepted.” Sama’a asked, “And if he has no money?” He said, “Then he should ask the Muslims for money so that he can pay the restitution to the blood-relatives.””

“The Imam here doesn’t pretend that the murder should be killed, like in the saying ‘an eye for an eye, a life for a life’, but offers the possibility for the murder to be forgiven by doing those 5 indemnities.”

“If any harm follows, then you shall give life for life, eye for eye, tooth for tooth, hand for hand, foot for foot, burn for burn, wound for wound, stripe for stripe.”

“This law was found in the Old Testament. Jesus abolished it teaching that when we get slapped on the cheek, we should give the other cheek.”

“And We prescribed for them: “A life for a life, an eye for an eye, a nose for a nose, an ear for an ear, a tooth for a tooth, and for wounds retaliation.” But whoever foregoes it in the way of charity, it shall be expiation for him.

“We could understand this passage as if a person doesn’t follow the rule, there should be expiation for him. It’s good if people can accept forgiveness without acting in the same way as the person who hurt us.”

“In French there’s a saying: ‘if a donkey hits you and you hit it back, we all become donkeys.”

“Whoever, by a good deed, covers the evil done, such a one illumines this world like the moon freed from clouds.”

“It is good that we have the chance to repent of our mistakes. If we couldn’t, probably people would continue doing those mistakes because there is no other possibility and evil is already done.”

If one has, indeed, done deeds of wickedness, but afterwards alters his way and repents, resolved not to do anything wicked, but to practice reverently all that is good, he is sure in the long run to obtain good fortune—this is called changing calamity into blessing.

Treatise on Response and Retribution 5 (Taoism)

“There was a rich man named Zacchaeus; he was a chief tax collector, and rich… And Zacchaeus stood and said to the Lord, “Behold, Lord, the half of my goods I give to the poor, and if I have defrauded anyone of anything, I restore it fourfold.” And Jesus said to him, “Today salvation has come to this house.””

“It is God’s formula that the providence of restoration requires paying restitution, or indemnity. Indemnity cleanses the past and opens up a new opportunity for development. Why do we need to make restitution? It is necessary to clear up past sins and at the same time to separate from Satan, who accuses people day and night based on past sins.

This formula applies not only to ourselves as individuals, but also includes the wholes of which we are a part. Each of us is not only an individual living in the present moment but also a descendant who has inherited the fruits of history. Each of us stands before divine Providence not just as an individual but as a representative of the entire world.”

“Overcoming the wrong doings is important and has a positive aspect for the descendants as well, who are inheriting the history. The purpose of restitution is not only for ourselves.”

“Restoration of indemnity means to restore what was lost to its original status. If you lose your health and become ill, it means to recover from illness to health. That is why the Old Testament teaches restitution according to the formula, “an eye for an eye and a tooth for a tooth.””