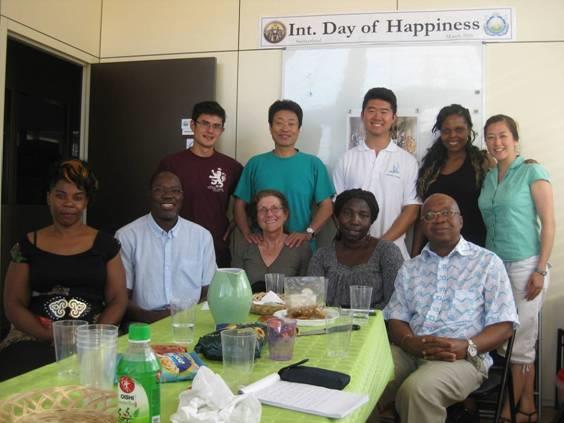 “Human punishment is execrable even when just.” (Pope Sixtus, Christianity)

“Even if a punishment is just, it’s painful to give it to somebody. The problem is that if there’s no punishment, the risk is high to commit the crime again or for other people to do the same because there are no consequences.”

“A sovereign should not inflict excessive punishment.” (Matsya Purana 220.10, Hinduism)

“An excessive punishment creates strong resentments. Germany after the First World War is a good example; Germans had to pay a lot of indemnities. Hitler used the resentments of the people to create a big reaction, what influenced the start of the Second World War.”

“Whoever strikes a man so that he dies shall be put to death. But if he did not lie in wait for him, but God let him fall into his hand, then I will appoint for you a place to which he may flee. But if a man willfully attacks another to kill him treacherously, you shall take him from my altar, that he may die.” (Exodus 21.12-14)

“There’s a difference between a pre-meditated crime and an accident. It is the same in the law of our society (for example Switzerland), where a person receives a lower punishment, if he killed somebody accidentally, than a person who killed intentionally. Of course, there’s no sentence to death, compared to some countries like America that still executes this kind of punishment.”

“O you who believe! Equal recompense is pre-scribed for you in cases of murder: a freeman for a freeman, a slave for a slave, a woman for a woman. 18 But if any remission is made by the brother of the slain, then grant any reasonable demand and compensate him with handsome gratitude. This is a concession and a mercy from your Lord.” (Qur’an 1.178)

“If a man kills another man, the killer must be killed. But if the family of the killed man forgives the killer, there can be another possibility of punishment. This is still the case in Mali for example.”

“An eye for an eye, a tooth for a tooth; it was also a law in the Old Testament in the Bible.”

“When the state executes someone who committed a capital crime, it is not thereby guilty of the crime of killing a human being. Why not? The government carried out the execution under public statutes enacted for the benefit of society. Being sanctioned by laws that were enacted to benefit the nation and the world, the execution may be justified.” (88:298, October 3, 1976, Rev. Sun Myung Moon)

“I envision the day when all nations are united under a world government like the United Nations and agree on a world standard of law. A person who commits a crime will receive swift punishment; he or she will be sent away to a facility near the North Pole or the South Pole. There convicts are quarantined like patients with leprosy or SARS and provided with food to last only one year. In that hellish environment they are trained to survive; and through suffering hardships they are educated in the heavenly way. That education elevates their character and restores them to people who will abide by the law for the rest of their lives.” (May 17, 2003, Rev. Sun Myung Moon)

“The American legal system has a provision for criminals to be pardoned. How about in the ideal universal legal system: can a convicted criminal receive pardon? Yes it is possible, but to be entitled to receive it, he should sacrifice and serve. In that case the law shows mercy, and the person can make a new start down the path of a reformed life.” (105:92, September 30, 1979, Rev. Sun Myung Moon)