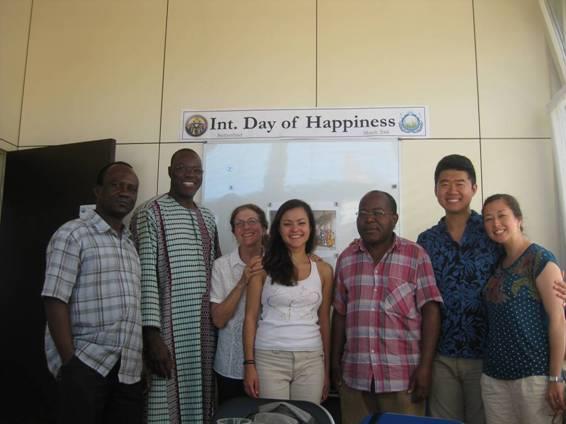 "Whenever you judge between people, you should do so with justice. How superbly God instructs you to do so; God is Alert, Observant!" (Qur'an 4.58)

"We should judge objectively."

"A thief shall, running, approach the king, with flying hair, confessing that theft, saying, "Thus have I done, punish me." Whether he is punished or pardoned [after confessing], the thief is freed from the guilt of theft; but the king, if he punishes not, takes upon himself the guilt of the thief." (Laws of Manu 8.314, 316 Hinduism)

“When we ask for forgiveness, it should be sincere. In our society, if a criminal recognizes his/her mistake, the punishment will be lower (in French « peine avec sursis » = “suspended sentence”) than for somebody who doesn’t regret it."

"What destroyed your predecessors was just that when a person of rank among them committed a theft they left him alone, but when a weak one of their number committed a theft they inflicted the prescribed punishment on him. I swear by God that even if my daughter Fatima should steal, I would have her hand cut off." (Hadith of Bukhari and Muslim Islam)

“In the countries where the thieves get their hands cut, the statistics show that there are less burglary than in other countries. It’s a way to persuade people not to steal.”

"A nation's laws impose punishment on criminals for the purpose of setting the indemnity conditions necessary for maintaining order in society." (Exposition of the Divine Principle, Restoration 1.1)

“If people who commit sins are not punished, it will encourage others to do the same as well because there are no consequences. That’s why we need laws and punishments in our society to preserve its order. Otherwise it would be chaotic.”

“You cannot have freedom without principle or law; you cannot have freedom without order… When there is no law and order, freedom brings only destruction. When you violate the law of a nation, you have to go to prison. Yet if America is really a free country, why does it need prisons? Shouldn’t we just close them down and let everyone do whatever they want? Shouldn’t people be free to do whatever they want, even run down the street stark naked? Today in America people do that, even practice prostitution and homosexuality, and they regard it as their right to be free. Can we dispense with prison? Well then, should John Hinckley be able to get away with shooting President Reagan and insist that he not be arrested? Certainly we need to incarcerate those who do not abide by the nation’s laws. Even in the spirit world there are prisons for those who do not abide by the laws of the spirit world. Schools need a room for detention, and families need a punishing spot.” (112:73-74, April 1, 1981)

“Often, people who have a high position are not severely punished, while other people are punished in an unequal way. It is corruption.”

“Punishing criminals by putting them into prisons has the purpose to make them understand what they have done, asking for forgiveness and learn not to repeat the same mistakes. The problem is that there are some criminals who, once they come out of prisons, repeat the crimes they have done in the past. Also, even if those people have understood their sins and repented, it is difficult for the victims to forgive them.”

"If a prosecutor or malicious person obtains the execution of an innocent man for personal motives, then according to the heavenly law he himself shall be sentenced to death. The person who was killed unfairly shall receive a reward, while the person who caused his death shall be punished." (93.111, May 21, 1977)

“Our conscience should be our guide, saying what is wrong or good, if it has been developed in a proper way. The conscience registers everything we have done on earth.”