On a sunny Sunday August 12th, the International Youth Day, UPF organized a Peace Road event, culminating in front of the Federal Palace in Bern. Two teams of cyclists traversed large swathes of beautiful Swiss scenery, cycling a combined 400km, to promote world peace and the connectedness of one human family. One team cycled from Biel/Bienne and the other cycled the longer distance from Lucerne. 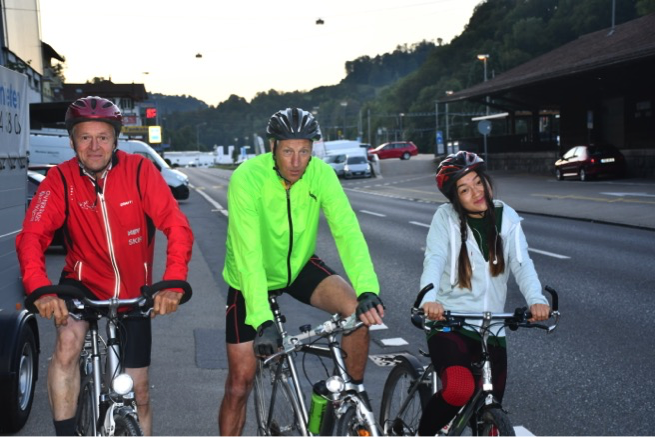 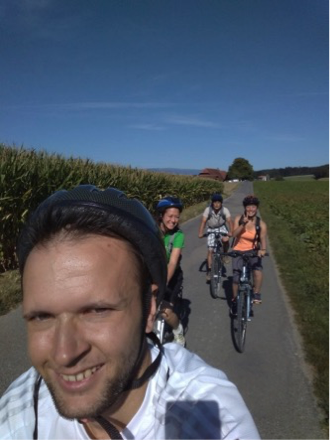 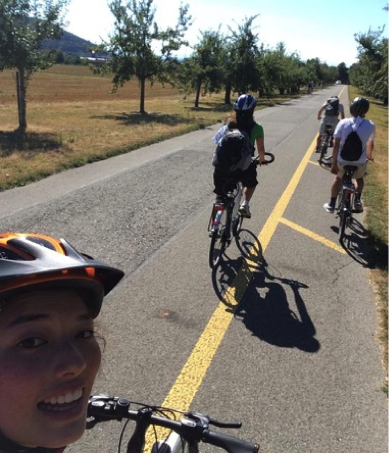 Rehearsals for holding the banner attracted the interest of the police, who relaxed when they saw babies and bicycles moving in a friendly atmosphere.

Both teams arrived in Bern soon after 11am, greeted by a large audience and some words from the youth in front of the federal palace.

The youth expressed their opinions and thoughts on this international Day and on the bicycle drives all the way to Berne. 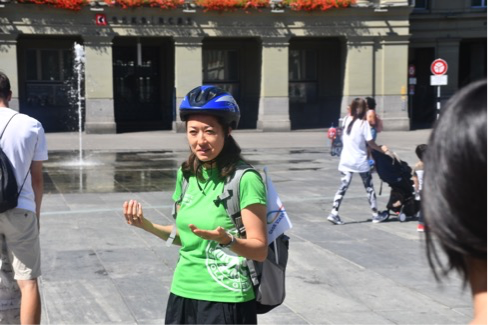 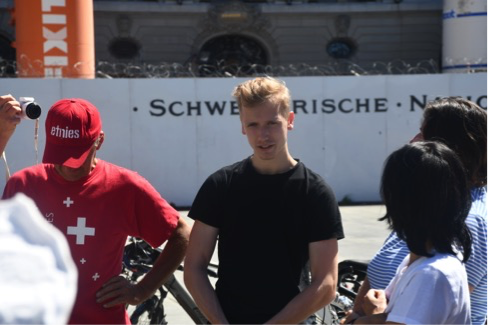 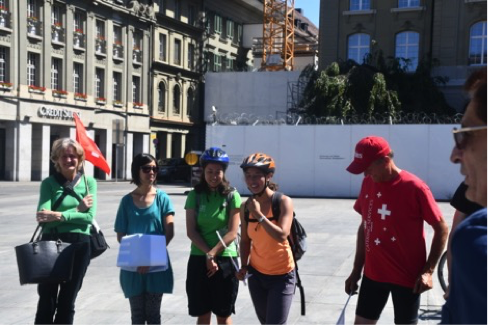 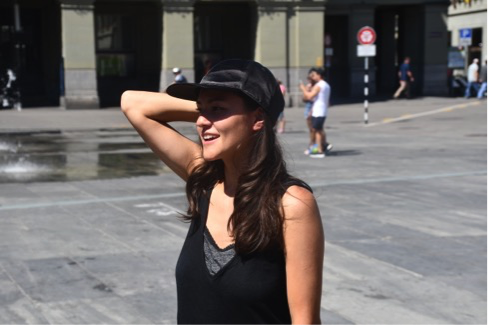 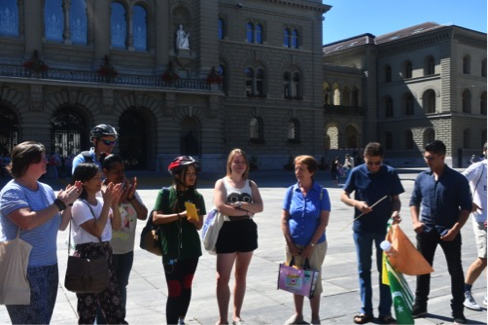 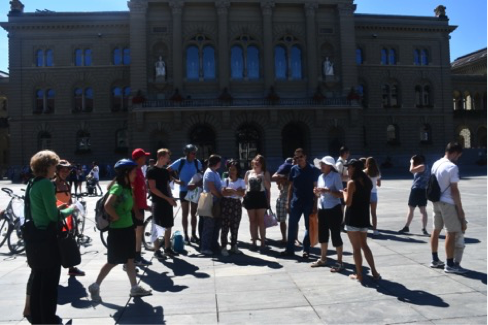 The summary of all the messages was: “Youth can make peace through various activities in and outside the Federal Parliament if united in the culture of heart”. 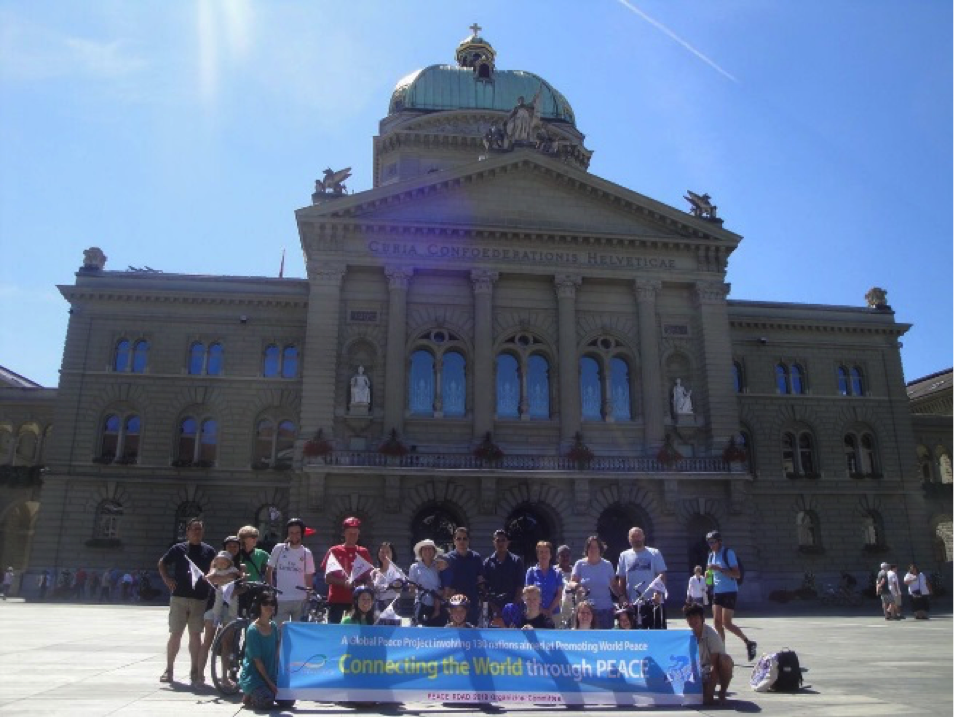 All moved to the river where the Federal Palace can be seen from the other side. Lunch was then shared and before long most participants had enjoyed a swim in the fast-flowing Aare. 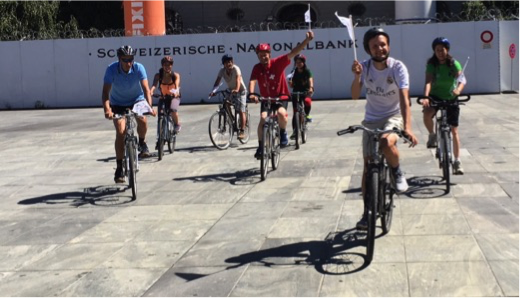 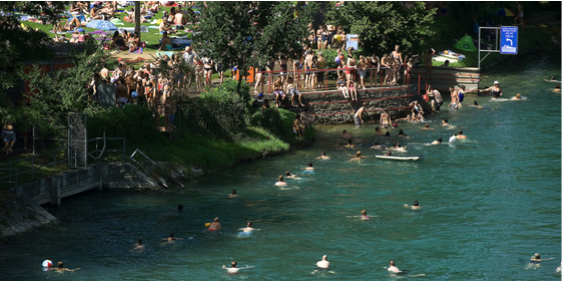