On November 13, 2021, UPF Switzerland and IAYSP-Switzerland co-organized the Ambassadors for Peace Training in Geneva, which took place in French in a hybrid format, at the UPF Office in Geneva, as well as online on Zoom. We could finally meet in person, after over a year of online trainings. The one-day training was given by Chantal Chételat Komagata, Secretary-General of UPF Switzerland and Regional Coordinator of UPF Europe & the Middle East.

The total amount of participants was fifteen people out of which eleven were newly appointed as Ambassadors for Peace. As the group consisted of participants from age 14 to over 65, the atmosphere was intergenerational, as well as international, as some were live from France and other nations.

The program was divided into 12 sessions starting with the ideal, the origin of conflicts, and finishing with the restoration. It touched multiple subjects related to peace, such as the purpose of life, living for the sake of others, and the foundations for sustainable peace and happiness. Every two sessions of about 10 minutes, reflection time was given to answer some questions and to exchange opinions and experiences, which expanded the general point of view.

This training was a great opportunity to learn about universal values and principles through religious teachings and scientific statements, with peace as primary focus. The feedback from the participants were also very positive and the training ended with a grateful atmosphere. 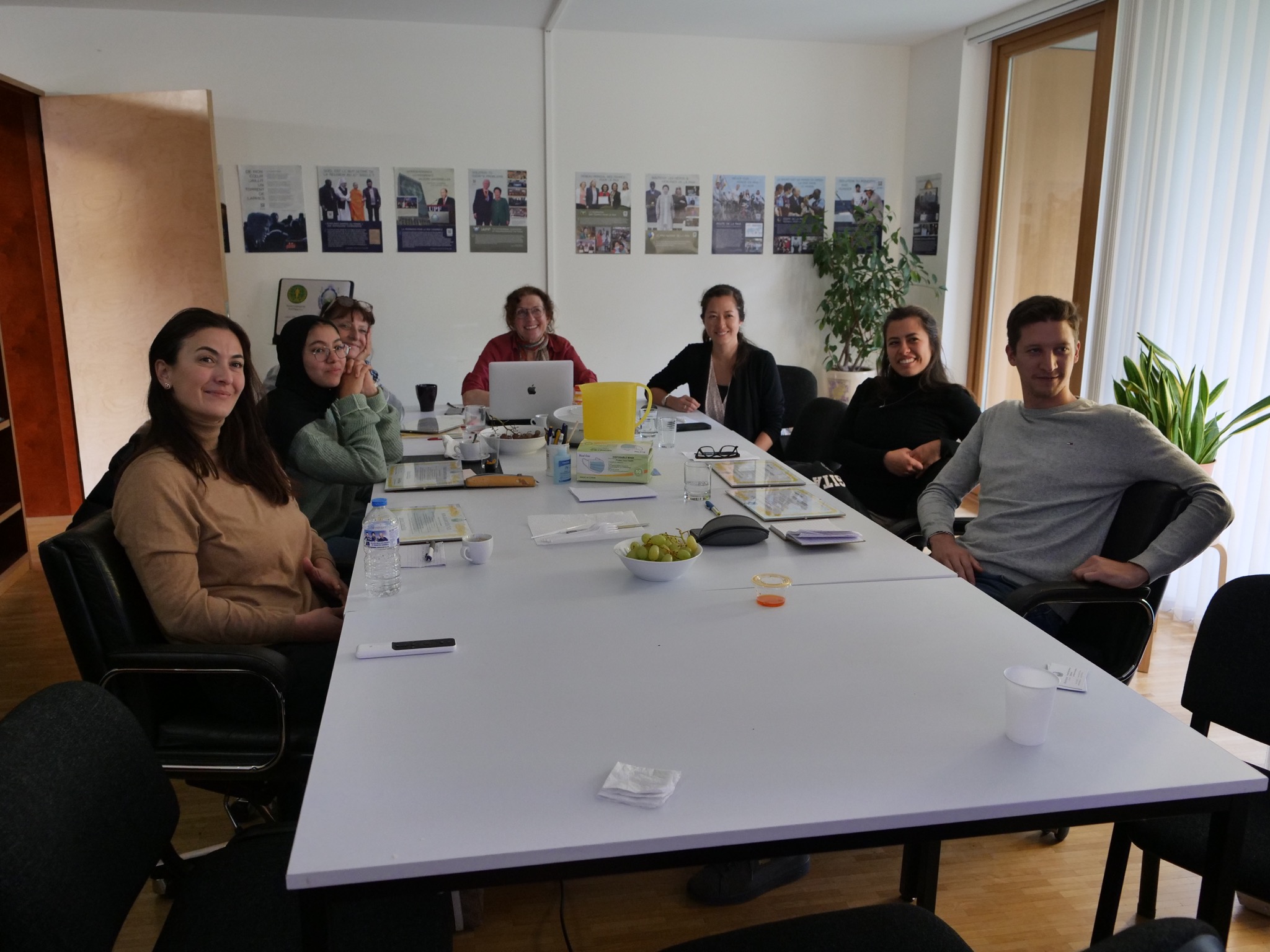 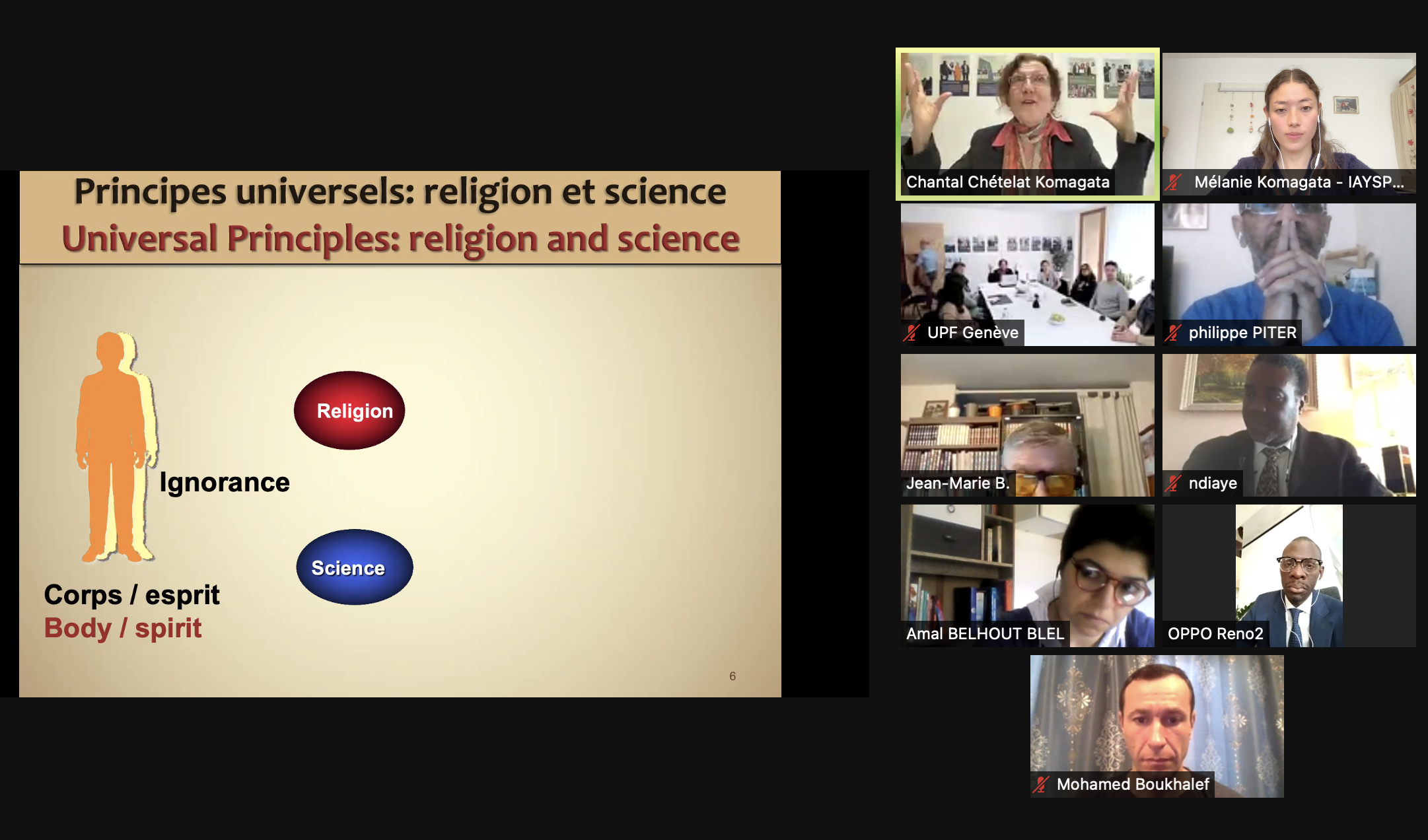 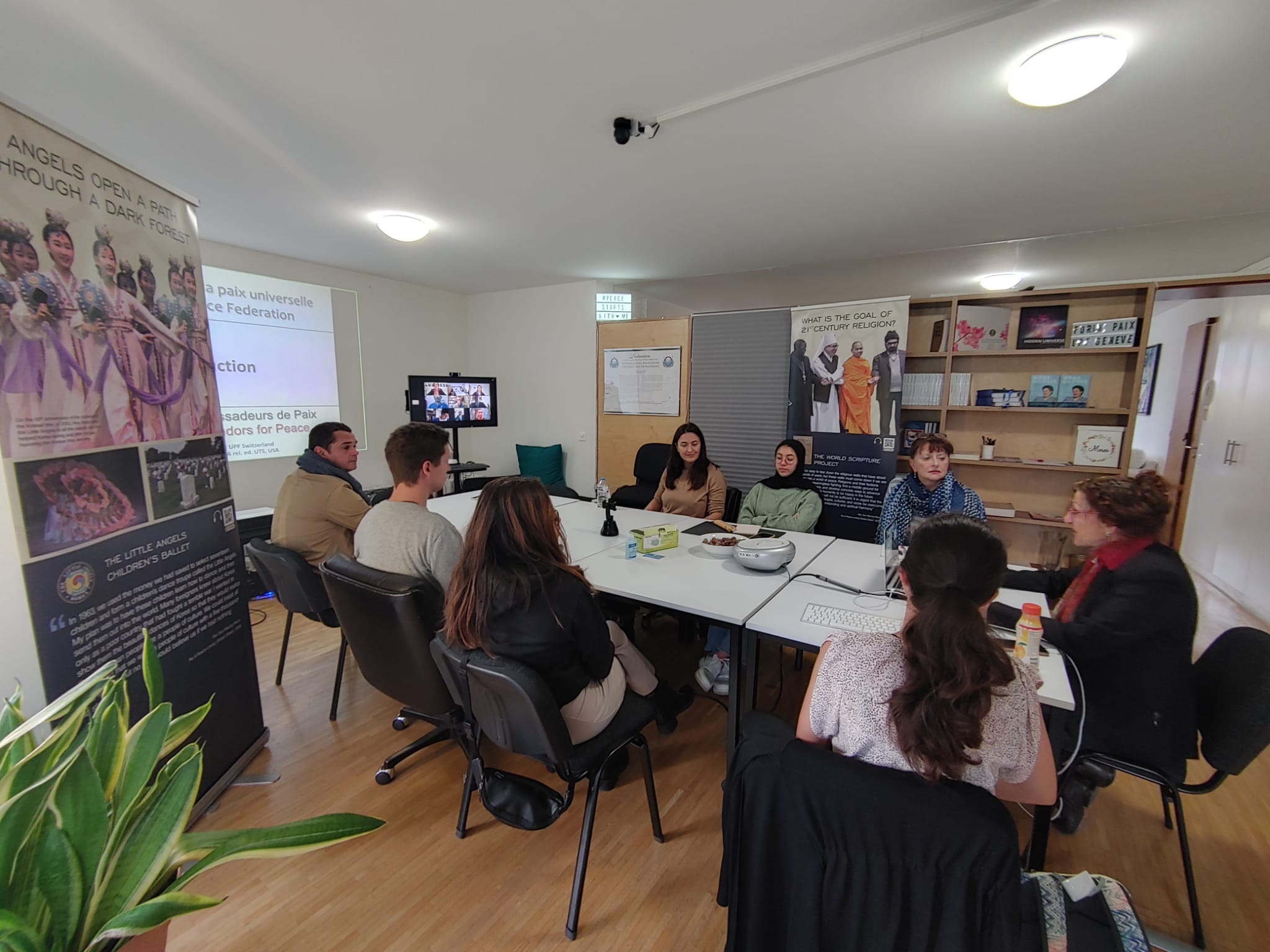 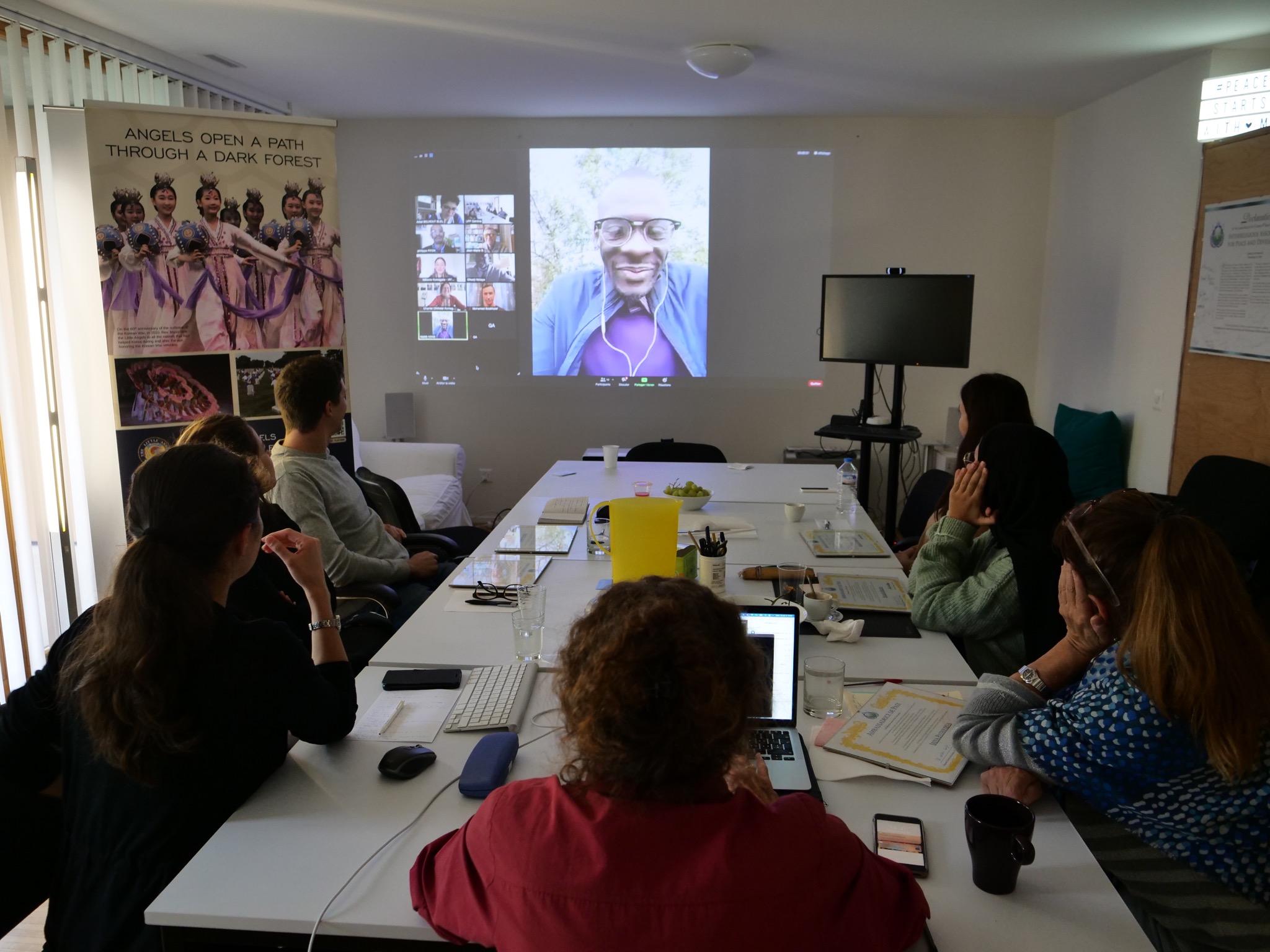 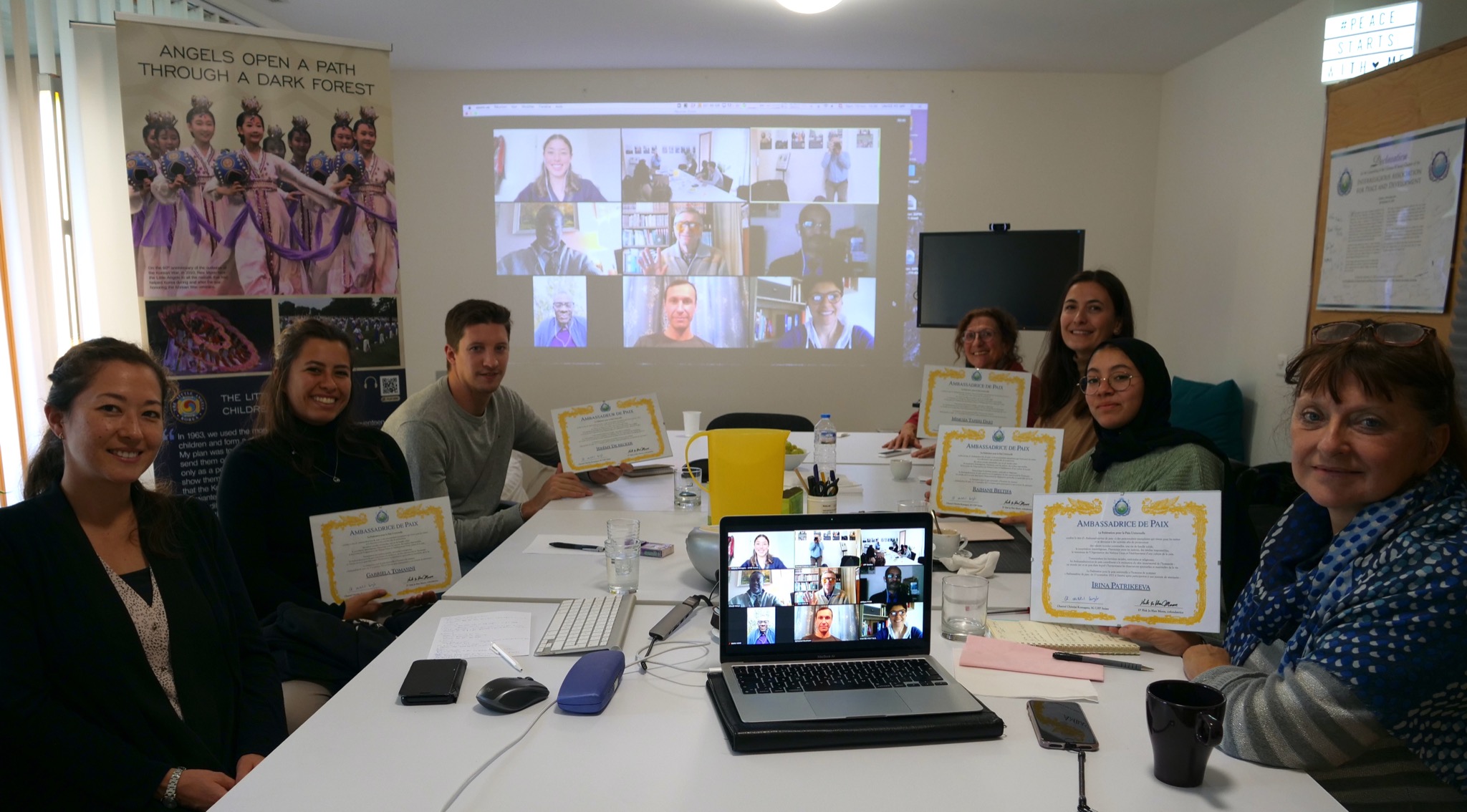