On June 26th, already nominated Ambassadors for Peace participated in a 3-hour online seminar on the topic of “Conscience & Human Rights”, organized by UPF and IAYSP Switzerland. Over 30 participants reviewed some of the universal principles found in the Universal Declaration of Human Rights (UDHR), as well as in religion. Chantal C. Komagata, Secretary-General of UPF Switzerland and UPF coordinator for Europe, presented the content in English, which was translated into both French and Albanian.

The participants examined how the conscience functions and in what differentiates it from the original mind, which is absolute. An analysis of the meaning of Conscience as mentioned in the Preamble and Articles 1 of the UDHR, and in World Scripture, was made. Different religions and also psychologies hint at a contradiction between a good and a bad heart or a light and a dark side. Thomas Aquinas described the conscience as a judge, independently of the fact that it is right or wrong, that makes us feel bad when we act against it. For example, if you live in a society in which sexual mutilation is considered as a purification, you will feel you are sinning if you don’t do it to your children. This example shows that conscience was desensitized by the Fall of man, as mentioned by Sun Myung Moon, and can be blinded by traditions imposed in a specific social environment.

Many more examples and questions were observed before entering three case studies based on articles 16, 18 and 19 of the UDHR. The participants of the three groups discussed the cases and reflected on what they felt in their conscience about these different situations:

The discussions in rooms went over 35 minutes and were followed by a report of the main points discussed in each group. At the end, a summary made it clear that, as human beings living in the 21st century, we need to remain vigilant about many things affecting us: the relative criteria of goodness coming from our society, the collective consciousness being manipulated by a desire to conform to the majority and drives derived from our physical needs.

Ultimately, the conscience needs to be constantly developed as we become more mature, which is possible by reflecting and debating on political decisions and social trends, by reading Scriptures, living for the sake of others and practicing listening to the voice of our original heart. 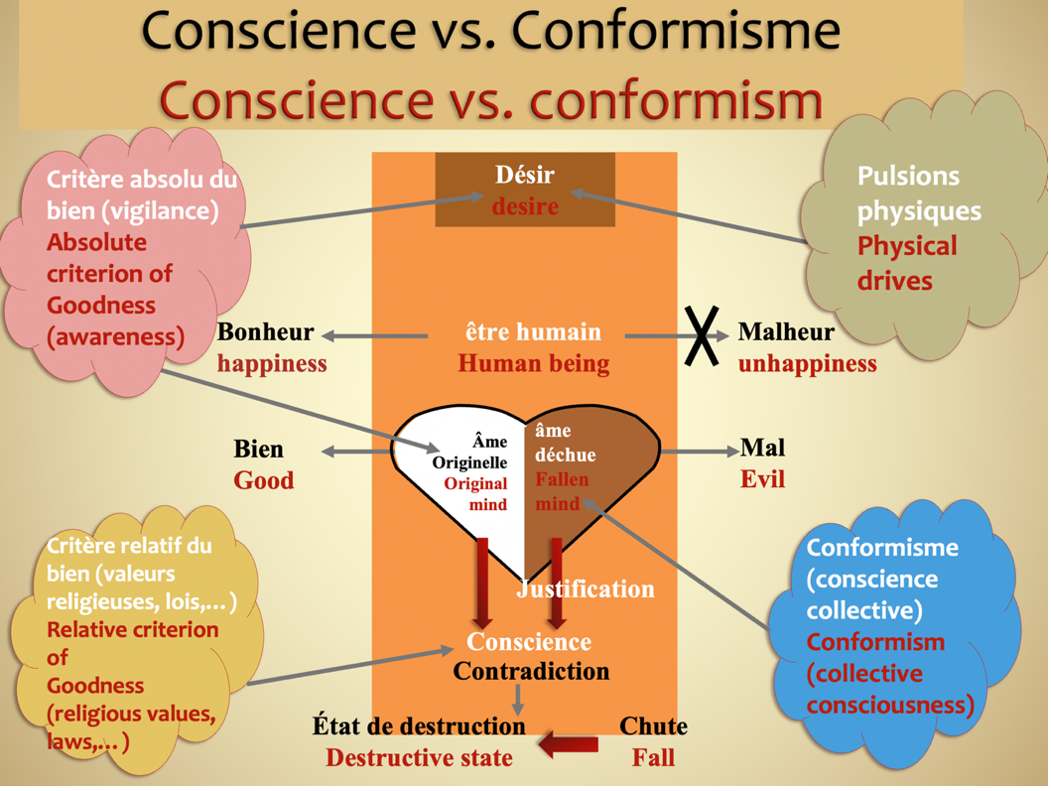 Figure 1. Summary of the Conscience vs. Conformism 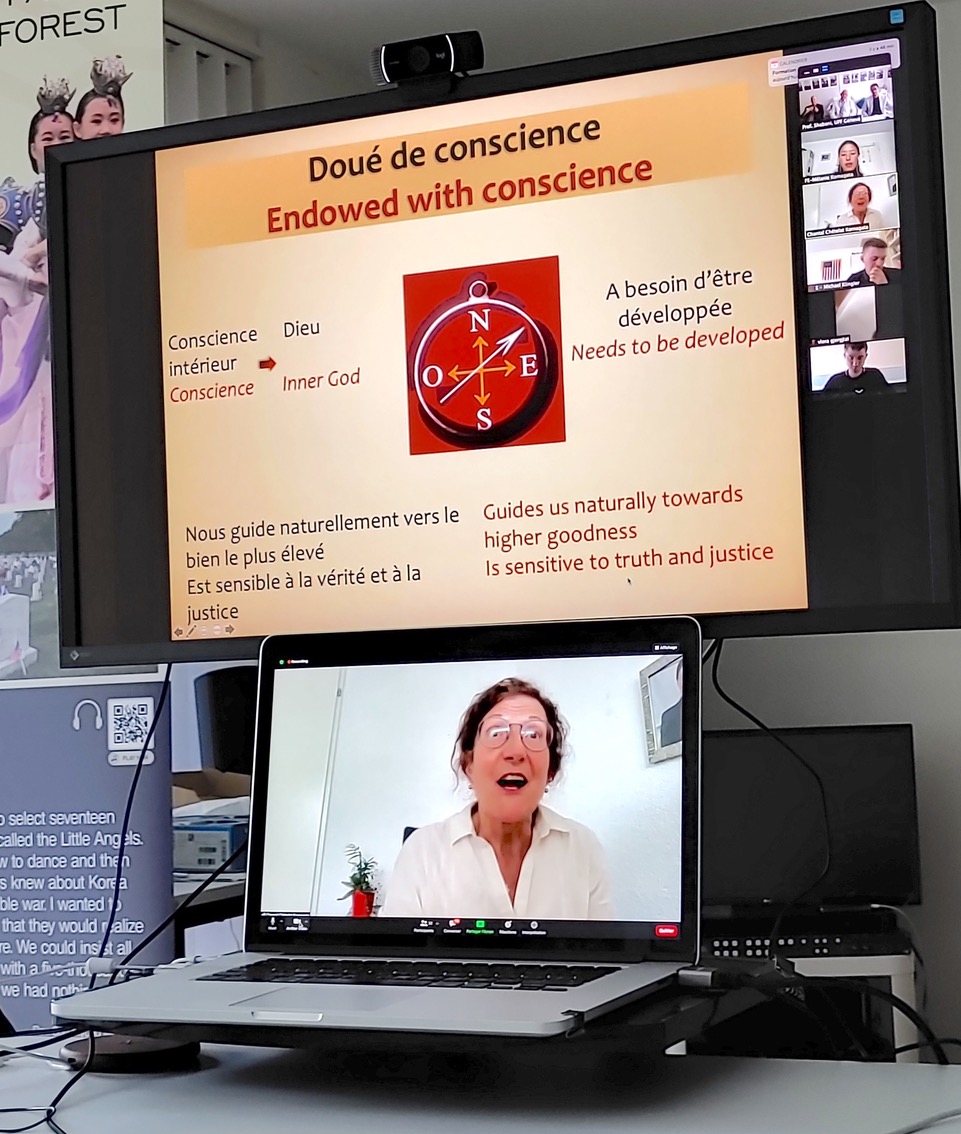 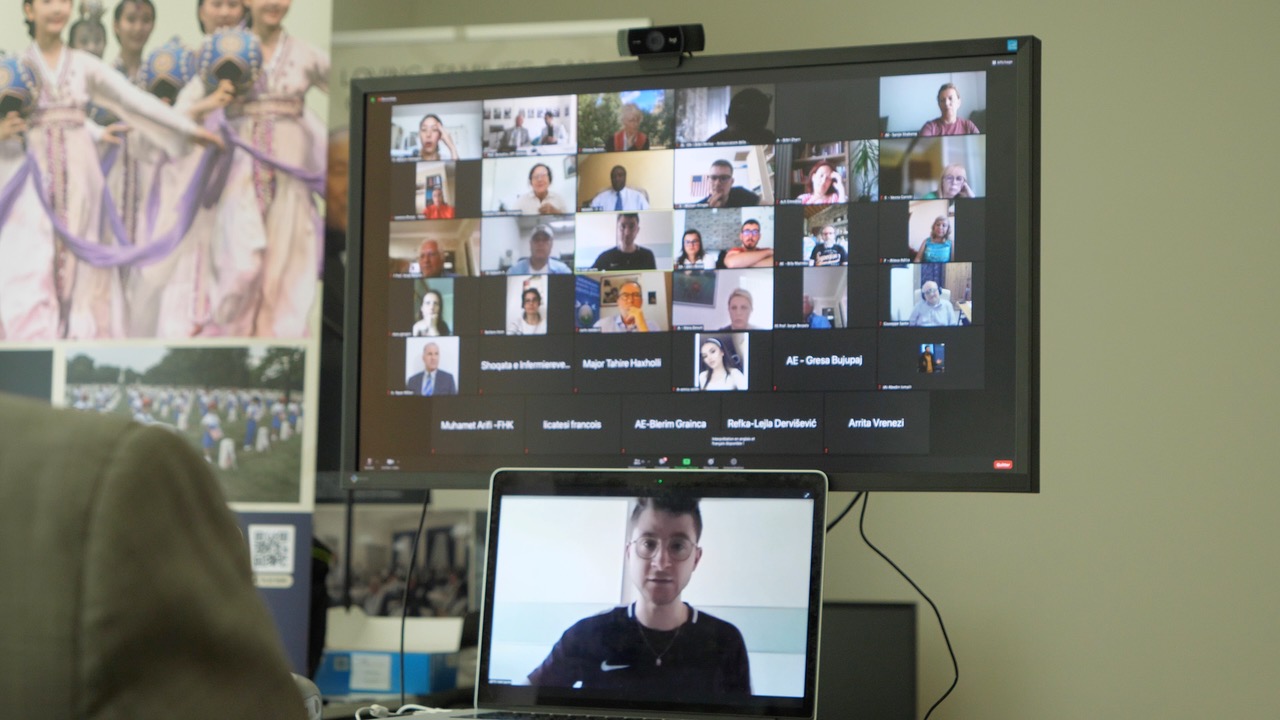 Picture 2. Gaël Jayme, from the committee of IAYSP-Switzerland 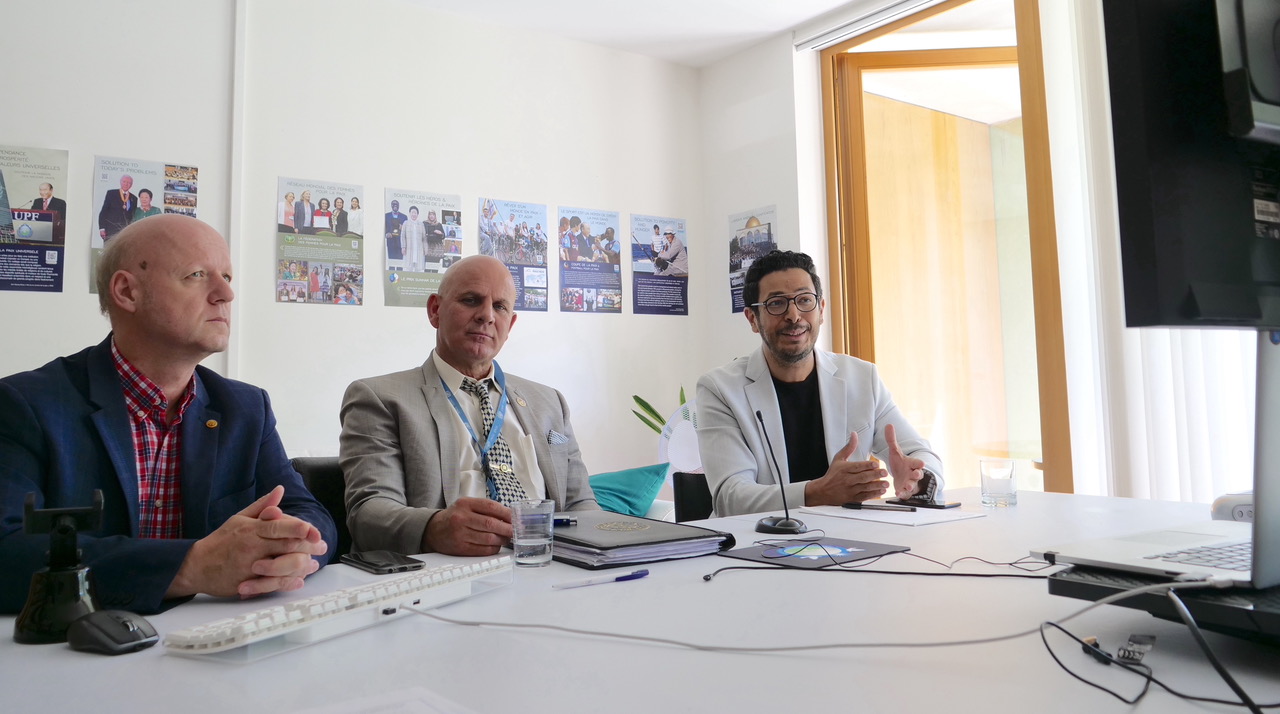