The participants were very mixed, representing different countries, cultures and religions, which made the whole training and meeting very enriching. The training lasted the whole day at the UPF office. There were presentations abut the universal principles and the attendees were free to comment or share their viewpoints throughout the presentations. Passages were read from different religions and philosophies which expressed similar values. Solutions to conflicts in the world, as in families were suggested. At the end of the Training program, a video of UPF and a presentation of the five principles of Ambassadors for Peace were shown. 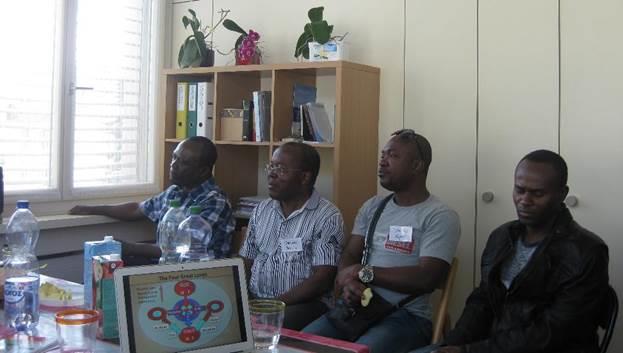 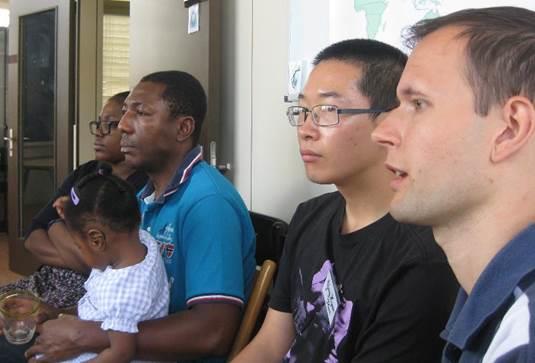 The Ambassadors for Peace Meeting was then held in the evening on the topic “How do spiritual groups contribute to peace?” Valériane Bernard, representative at the UN of the NGO Brahma Kumaris presented the talk. Brahma Kumaris originally comes from India on the foundation of Hinduism.

Valériane shared that all humanity is represented in a tree, God being the seed, and all of us being the branches and leaves. We are all interconnected. A tree doesn’t become big by itself; it starts with a seed. The connection to the seed is a right for all who compose the tree and we have the capacity to relate to each other. Also the etymology of religion comes from “religare”, to relate/to link. The people who are linked to religious groups have a need to relate to each other. They bring to the tree the sap to recreate, to regenerate. There are different phases for the tree. When the tree is small, there’s no need to relate. Once it gets bigger, there’s a need to relate to each other. The spirituality is the capacity to connect to a higher sphere. The action to relate will bring a new energy to all the people in the tree.

The people who will be connected to the tree will decide to follow some spiritual laws because there’s that need. We are people who want spirituality, love, happiness, etc. The more we ask for spiritual laws, the more we get the tools to live according to the spiritual laws. The more I will put efforts to live according to these laws, the more I will develop myself. For example, if I decide to live with love, I’ll do my best to be loving towards any kind of people. I will then clean myself and put effort to become closer to the ideal. For that, we need the ability to change ourselves.

Spiritual groups who try to live with peace will bring some support for the whole humankind. There is a need to create a world filled with energy, love and enlightenment. We have to invest our energy to create that world now to be able to realize it in the future. The important thing is how much each individual can bring his/her contribution to the big tree.

It’s going in the same way as what we heard today about the universal values.

When we want to bring these spiritual values, it’s often seen as going against the main stream and not accepted.

I have to be very much determined to achieve my goal because it requires the energy. There should be an unlimited unconditional love in our world.

We have to learn to be related to God, the ocean of peace, so that we can also propagate that peace around us.

In Brahma Kumaris there’s the understanding of reincarnation; the state of peace I experienced at some point, I have to recreate it again.

We are defining ourselves by material definition (French, Swiss, etc.) but first of us we are spiritual being, we are son/daughter of God. Meditation helps us to achieve the state of peace. For example in Hinduism or in Brahma Kumaris we sing the mantra “Om shanti”.

One important thought also nowadays present in Christianity is the karma. Nothing is appearing by coincidence, everything happens as a consequence of some actions. There’s no injustice although in the occident we tend to injustice everywhere. In India, people analyze things in a way that things happen for a certain reason. There was a seed that was planted so that the reality happened that way. We have to accept with the heart, with “all heartedness”. It’s the free choice.

The belief in reincarnation tends to justify the indifference towards people, as the untouchable, as they believe that those have lived in a bad way in a previous life.

In our society in occident, theoretically the system of casts were abolished but we’ll never see somebody from the Rotchfield family getting married to a person from the Rom’s. All cultures have come from cast system. Nowadays the system of casts was also abolished in India but practically it will take a long time until this system will be really abolished. It needs a lot of time to change a tradition in a culture.

If a child has a genetic disease, they believe it was inherited from the parents for karmic reasons. From the original sin, the karma was transmitted. We get in touch with each other according to our karmic background. The more we do pure actions, the more we develop goodness. Karma means actions. What we sow we can harvest. We need to act in a conscious way so that we can build a peaceful way.

The belief in reincarnation sees the possibility for the soul of a dead body to enter in the baby in the womb of a pregnant woman (at around 3 months). That’s when the fetus starts to move. They believe that certain souls are old and others souls That’s why the population grows. This belief was confronted with the understanding of returning resurrection by which a soul doesn’t reincarnate in the body of a baby but cooperates spiritually with a person on earth and can continue to grow spiritually thanks to the benefits generated by the good actions of the person on earth.

We have to create first an atmosphere in us and then we can create it around us. We have to become sovereign of ourselves. 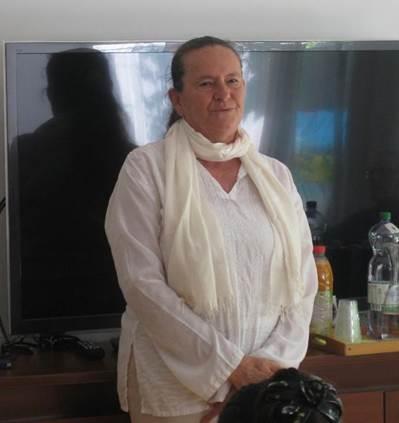 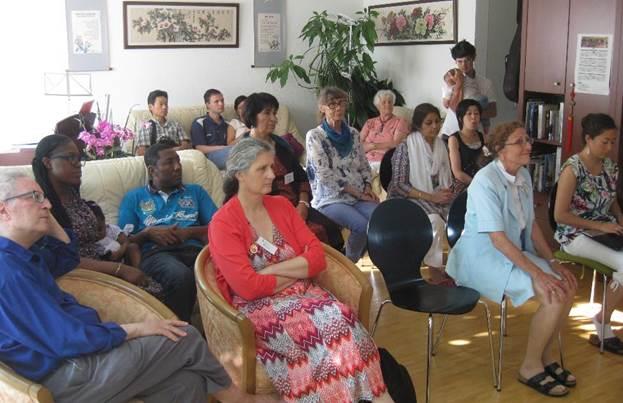 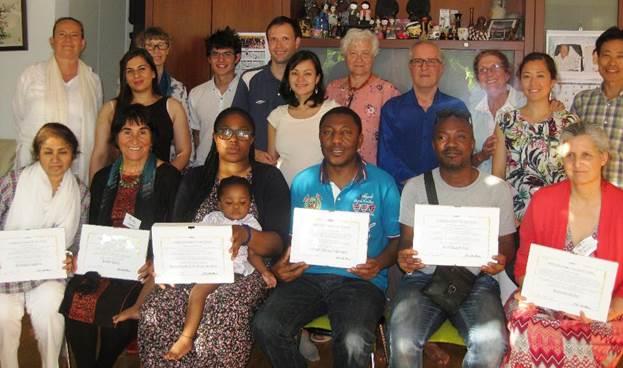