Korea’s religious and cultural heritage may provide clues for unifying the peninsula, experts told an online conference that was held in honor of World Interfaith Harmony Week 2021.

The webinar, which took place on February 5, was organized by the UPF Office for UN Relations in Geneva and the Interreligious Association for Peace and Development (IAPD), a UPF constituent association, with support from Women’s Federation for World Peace International, an organization that is affiliated with UPF.

The event was titled “How Can the Korean Religious and Cultural Heritage Contribute to a Rapprochement and Unification of the Divided Peninsula?” It was held in tandem with a webinar that the Austrian chapters of UPF and IAPD held earlier on the same day, titled "Interfaith Cooperation as a Basis for Social Cohesion." 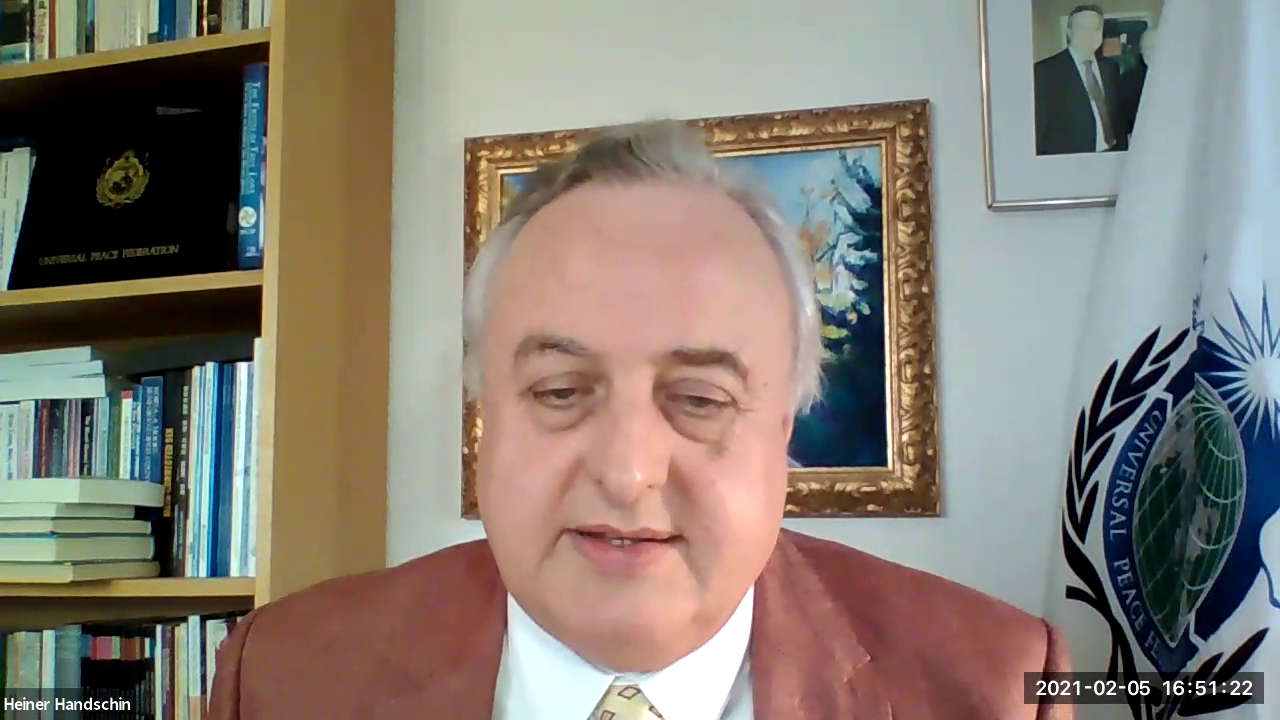 Heiner Handschin, the president of UPF-Switzerland and the coordinator of IAPD for Europe and the Middle East, opened the Geneva program by asking how this issue could fit into the frame of this year’s World Interfaith Harmony Week.

He answered by stating that interfaith harmony should give us incentives to work together to find solutions for serious issues—for example, the painful separation of the people on the Korean Peninsula.

Korean people know the power of faith, Mr. Handschin said. Therefore, the religious fervor in both the North and the South is a true asset for a hopeful future. Because of the real need for rapprochement and reconciliation on the peninsula, all possible means should be mobilized, so that there can be the best possible outcomes to this painful situation.

The panel consisted of four speakers:

Dr. Thomas Selover, president of Universal Peace Academy in South Korea and co-coordinator for the International Association of Academicians for Peace (IAAP), another UPF association. 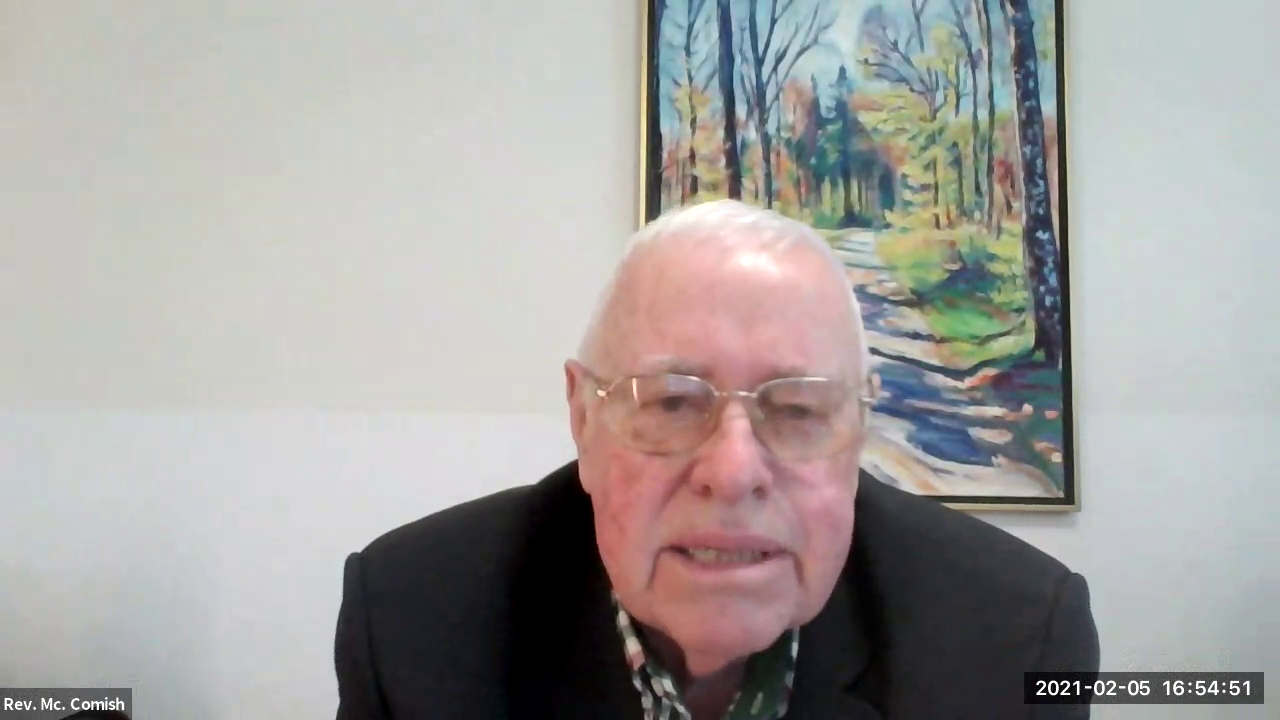 Rev. Dr. William A. McComish emphasized the need for religious communities to work more seriously to alleviate the suffering of the Korean people, who have been divided for more than 70 years. Religions should be a means to unite, not to divide and discriminate against others, he said. Believers around the world should get together and address this forgotten scandal of a people divided by politicians, he said. Motivated by serious compassion, religions should mobilize to encourage the powers in the region to alleviate the suffering of the Korean people on both sides. 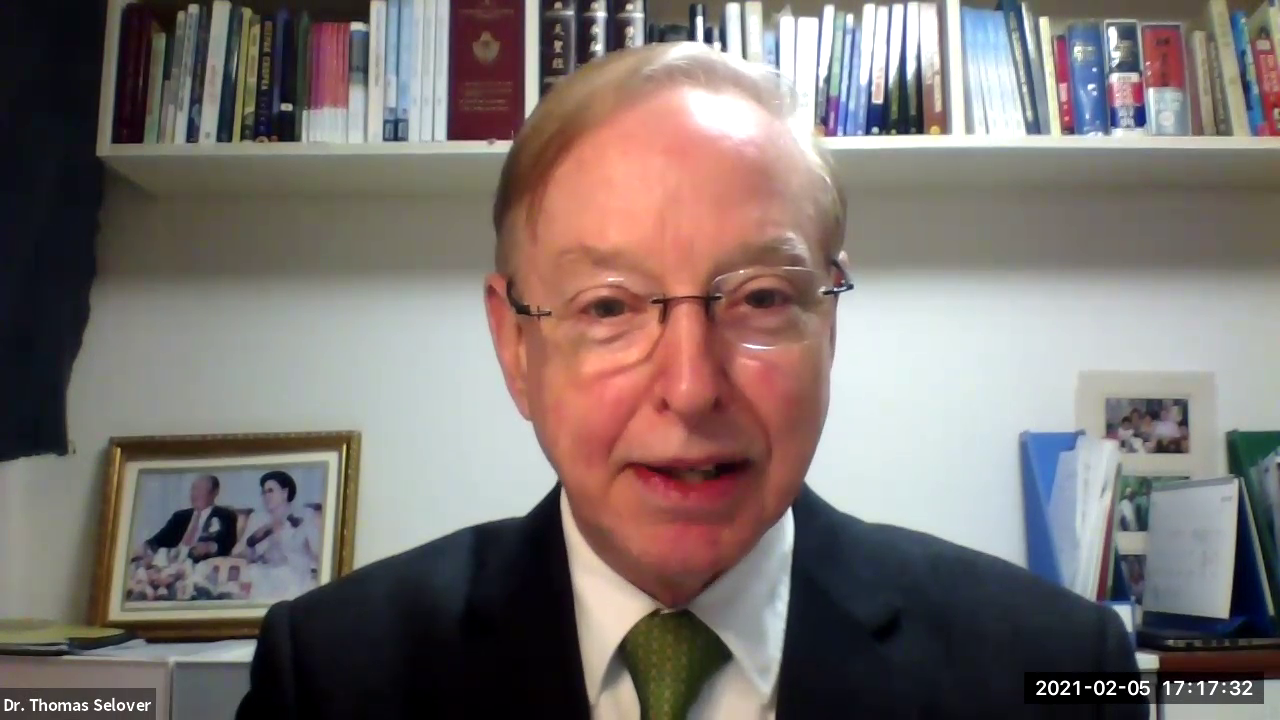 Dr. Thomas Selover gave a very insightful presentation about the religious and cultural heritage of Korea in the relationship with the current political situation. Both sides strongly cling to their roots as Korean people, as descendants of the legendary Dangun, whose mausoleum is currently found near Pyongyang, North Korea.

Based on the four great religious traditions present in Korea—Shamanism, Confucianism, Buddhism and Christianity—there is a current window of opportunity in which all the efforts could result in a substantial rapprochement between the two Koreas.

As the most influential of the great faiths in Korea, Christianity with its great zeal and fervor could be a motor and driving force for this process, Dr. Selover said. There are many common points between the formerly religious North (Pyongyang was called the Jerusalem of the East) and the South. UPF’s guiding principles of Interdependence, Mutual Prosperity and Universally Shared Values could very well be a foundation for a unified Korea in the future, because of the mutuality in motivation as well as practice related to the four great faiths in the long Korean history and tradition.

In closing, he mentioned that UPF co-founder Dr. Hak Ja Han Moon currently is emphasizing a more hopeful perspective about the Korean situation and is encouraging all faith representatives worldwide to support the process of reunification. 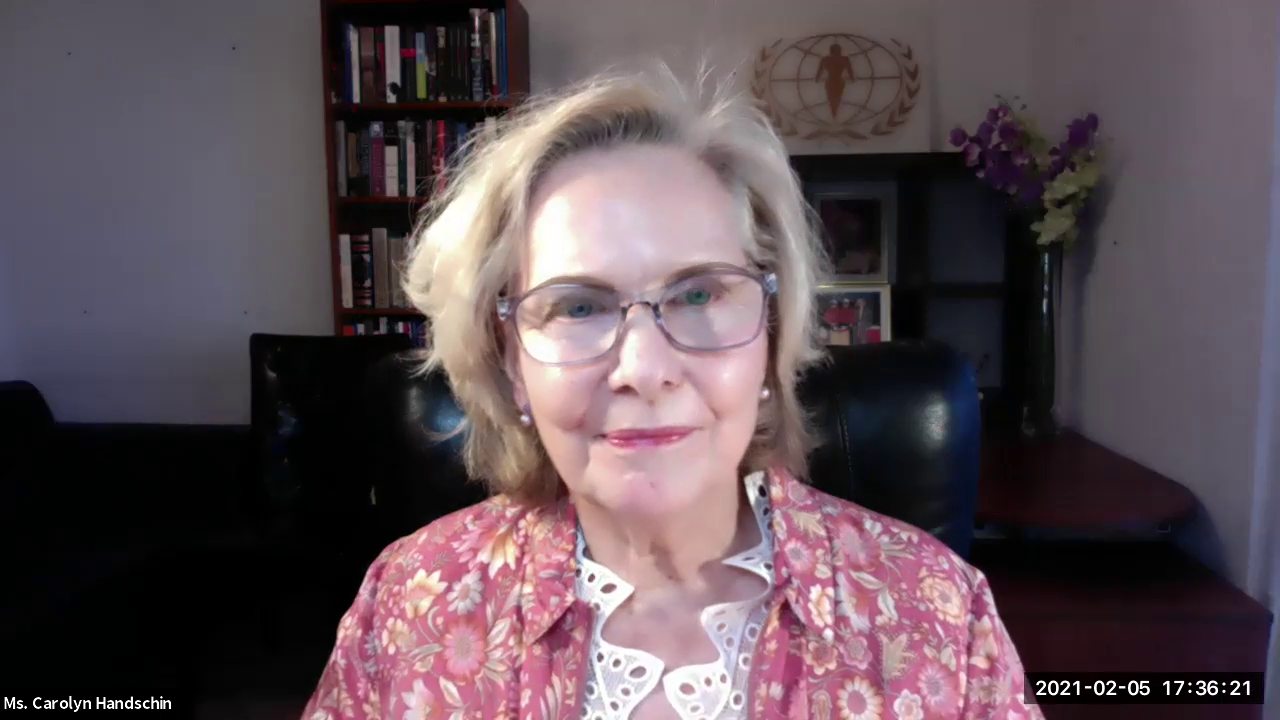 Carolyn Handschin of WFWPI spoke on the topic “Women and the Peace Culture: Fostering Trust and Development on the Korean Peninsula.” She explained that even deadlocked political processes can be renewed by culture and solidarity of local actors.

She quoted Rev. Dr. Sun Myung Moon, the co-founder of both UPF and WFWPI: “When hearts change and are able to receive new things, ideologies and social regimes change as a result.”

Several decades of women’s “soft power” engagements for the people of North Korea have been building trust, she said, and it is time to provide incentives and evidence to show governments that living in peace is actually possible. Mrs. Handschin described the advocacy work at the United Nations’ offices in Geneva for the realization of a fifth UN Office Initiative in Korea, and concluded by reporting about the WFWPI proposal for a “Women’s DMZ [Demilitarized Zone] Peace Zone and Partnership Meeting Place” as a place to start. 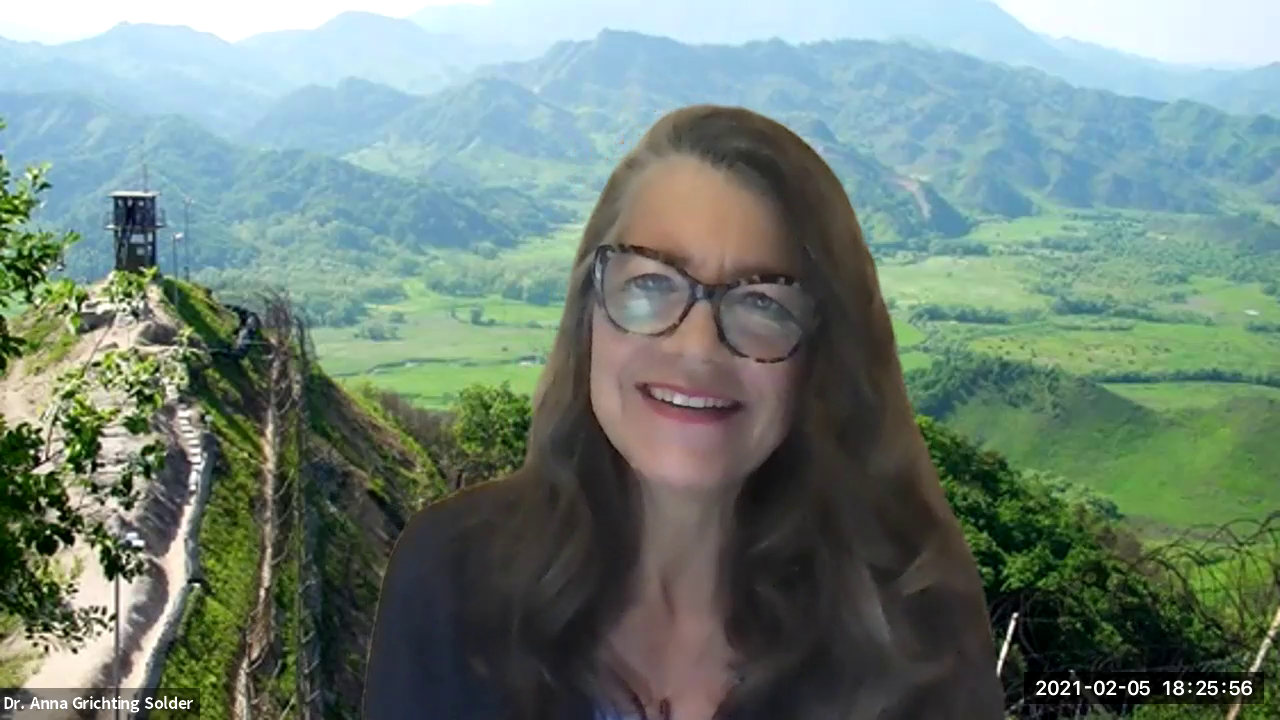 As an urban designer who creates spaces for peace to take root following long conflicts, Dr. Anna Grichting focused her expert and creative thoughts on a “women’s meeting place for peace and development at the DMZ,” as mentioned by the previous speaker. Having worked in other conflict centers, she spoke about the role of the environment and beauty, and the notion of inclusion and broad partnership.

Korean history and culture, the role of women and religion were taken into consideration in her presentation. She created a visualization and conceptual framework of the feasibility—including purpose, place, people, process—of a DMZ project led by women to open the way for actual living in peace among the Koreas.

UPF had partnered with Women’s Federation for World Peace to showcase women’s great efforts for a rapprochement of both sides, women as peace negotiators and agents for reconciliation.