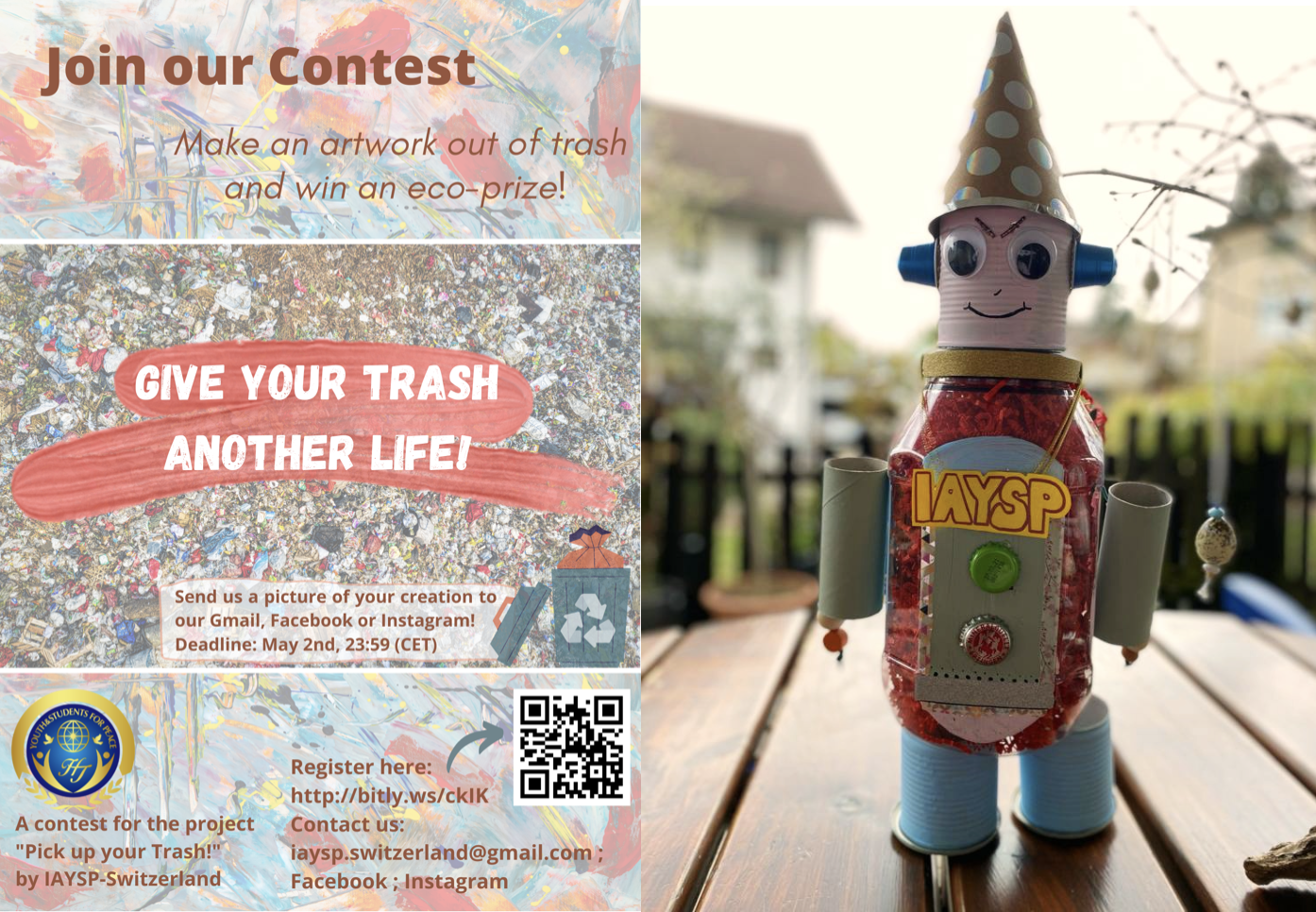 IAYSP-Switzerland organized its first international art & environmental contest named "Give Your Trash Another Life", in the framework of the "Pick up your Trash" project.

IAYSP-Switzerland organized its first international art & environmental contest named "Give your Trash Another Life", in the framework of the "Pick up your Trash" project. The goal of the contest is to raise awareness about our habit of wasting unreasonably, which damages our environment greatly. Inspired by El Anatsui’s artworks, which are made out of litter, the contestants had to create a piece of art made of used items, that they could find at home or on the ground outside.

The criteria for winning the eco-friendly prize, which was sponsored by UPF-Switzerland, were the aesthetic, the meaning/message behind the artwork, and the originality/creativity. The contestants had until the 2nd of May 2021 to send their finished projects. In order to define the winners, IAYSP-Switzerland had the chance to receive the help of a jury, which was composed by four inspiring women and artists: Mona Schölzl, Marta Abadia Garcia, Eliane Aono and Séline Reymond.

The winners of the contest were announced on the 14th of May. Kenichi Nicolas Komagata and his son Teo, came in third place, with "The man and his castle". The sisters Noëmie Komagata-Nguyen and Mélanie Komagata were in second place, with their "Tree of Hope and Forgiveness". Finally, the first place was earned by Cintia Nabi Cabral and Grace Kinkela, who created wings out of plastic bottles, inspired by the hard work of garbage men and women.

See below their beautiful artworks along their messages. 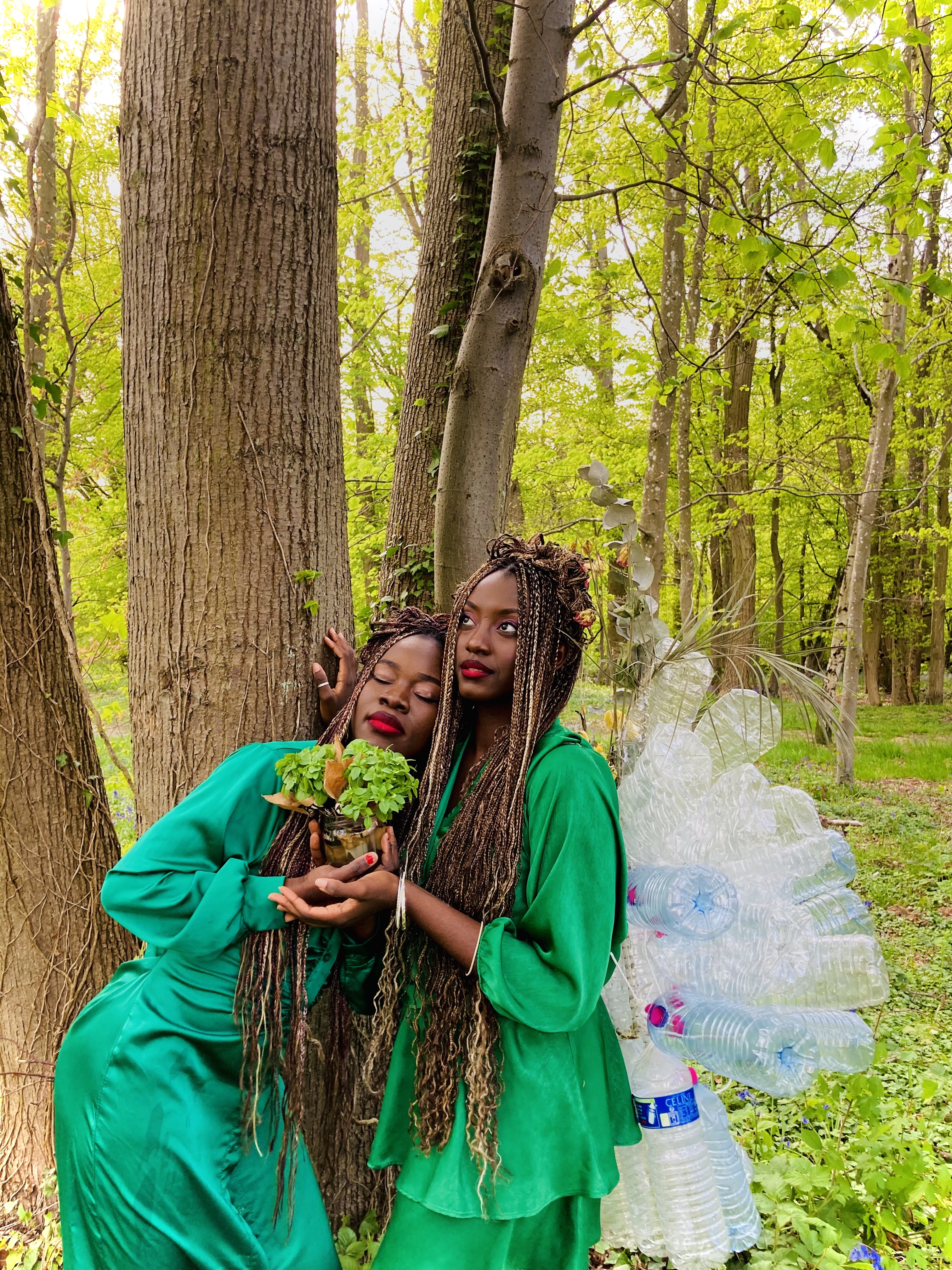 Garbage men and women very often, "are not treated the way they deserve to and most of the times they are even dehumanized. If we do not respect them as well as their work, then we should rethink our actions. Not only are we contributing to the Earth’s pollution, but also to the mistreatment of the people who have one of the toughest jobs in the world. We shouldn’t expect to have a clean world when we cannot even clean our environment and respect it.” Cintia and Grace were inspired by the daily effort of garbage men and women, and with the awareness that "Plastic bottles take 450 years to decompose”, they have created this piece of art: "wings out of plastic bottles, symbolizing the act of flying and exploring new horizons in order to find new solutions from what has been left behind by many generations and is being left behind now. Indeed, not only do we have to take responsibility for the things we consume, but also for the things we leave behind. Hence that is the reason we put our work of art on our back, to build a better future and inspire the next generation to do the same."

"We might think we’re unpowerful when it comes to changing the world through little daily habits, but those habits are the ones which make the world a better place. I’ve seen and continue to see so many people in my beautiful city Paris, throwing trash on the ground next to a bin, and that makes me sad, because it doesn’t cost that much to just make a couple of more steps. But if we, as individuals, don’t make the first step to change things, no one will. Our goal is to lessen the number of plastic bottles we carry on our backs and grow the size of the plants we hold. Why? Because we care about our Mother Nature and the future generations.” 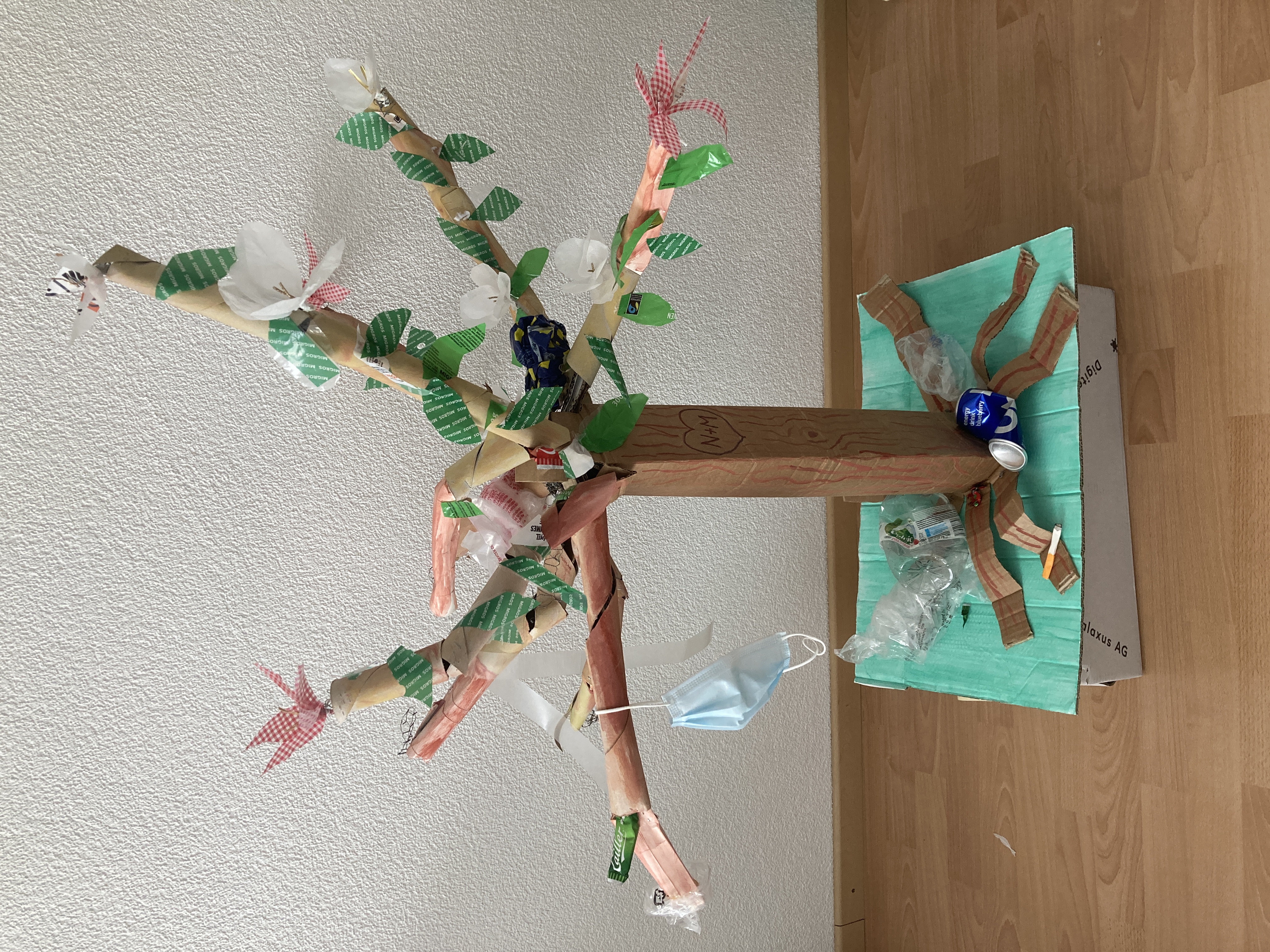 "Despite the fact that human beings have harmed and destroyed nature, this tree is still standing strong and finally, as spring is back, a few flowers have bloomed, and some leaves are growing. Furthermore, nature still forgives us, humans, unconditionally, despite the damage we have caused due to our ignorance and selfish behaviors."

"The creation is stronger than we may think and will bloom again, as spring arrives after the harsh winter. Nevertheless, “spring” has a deeper meaning in our artwork: it doesn’t necessarily refer to the season, but rather to hope; Hope that after “winter” (destruction and pollution of the environment), we can again learn to live in harmony with nature, respect and take care of it, by changing our attitude now. Humanity can take this new path of responsibility to preserve nature, by making a change now! It is not too late to become sensible towards nature, by learning new sustainable ways of living and by practicing new habits that show love and appreciation towards the environment."

"Let us become caring and responsible human beings, that truly love and respect our one and only earth!" 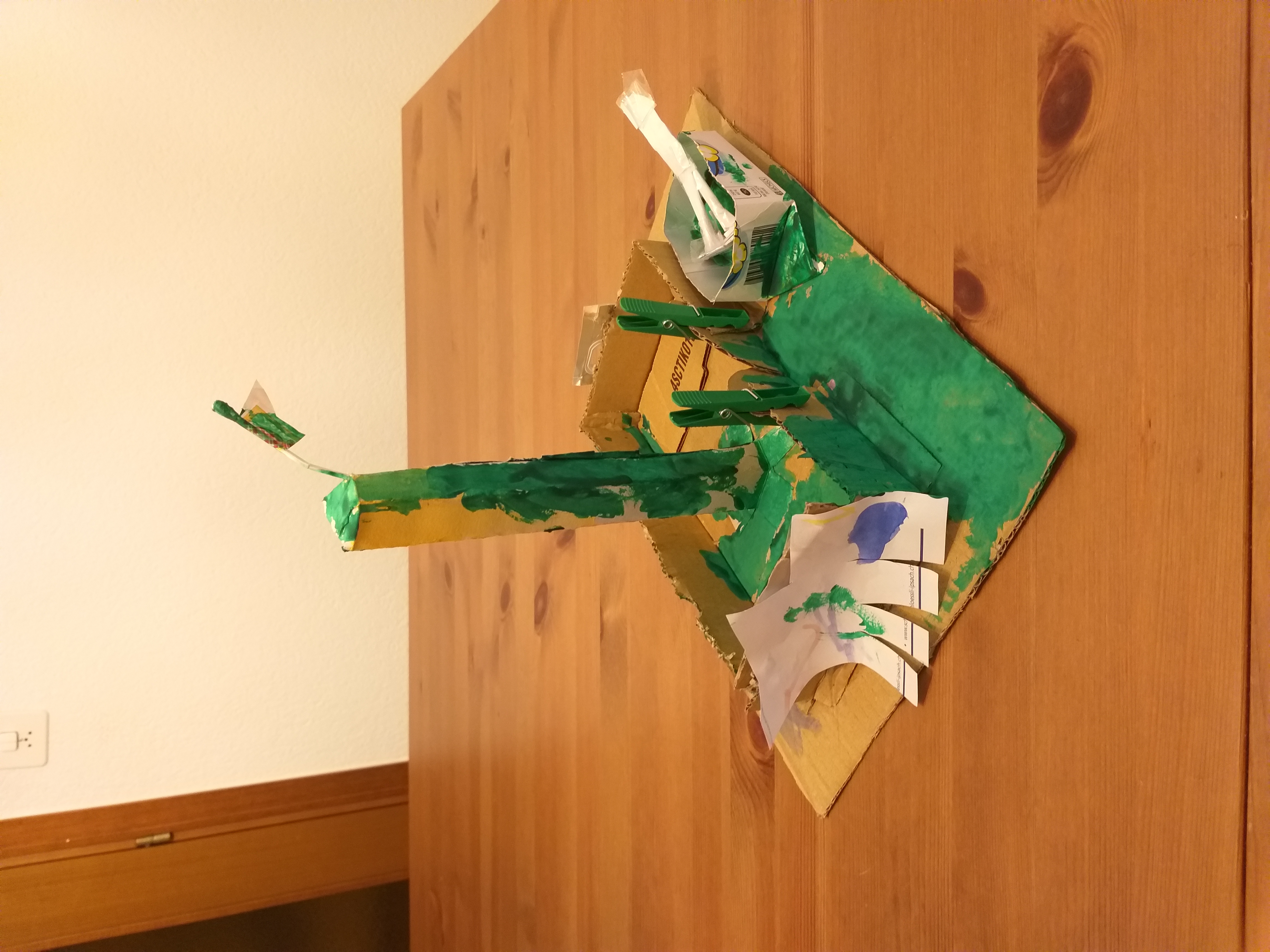 "It is a castle that belongs to the man in the boat. The man has lost his purpose and lays in despair while Nature (in green) is reclaiming its ownership.

The message is very simple: What will it gain a man to gain the whole world if he loses his soul?"