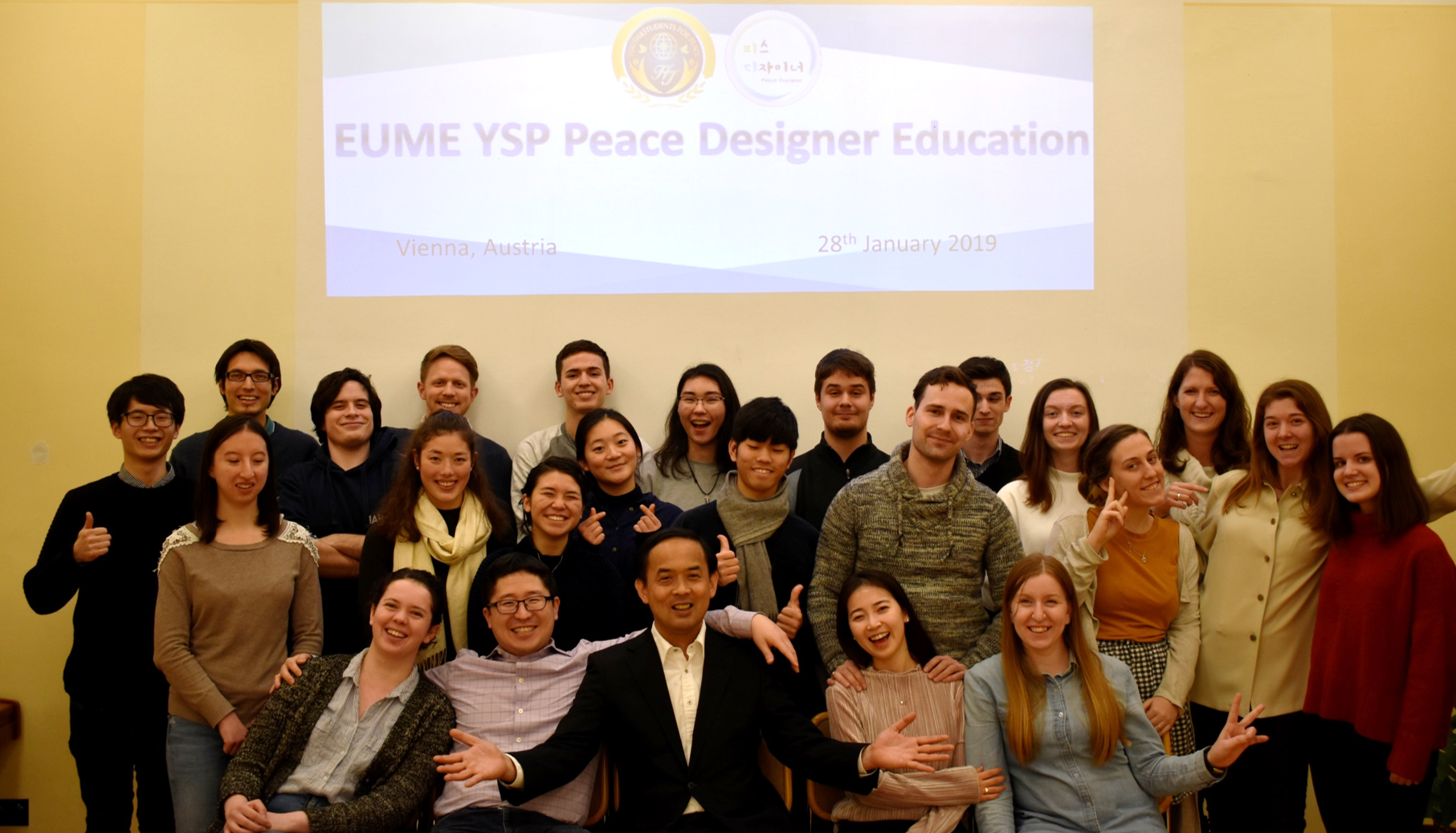 On January 28th 2019, a YSP European-Middle Eastern meeting took place in Vienna and two co-directors of our committee were able to participate in the regional event.

Anya Mauron and I, Mélanie Komagata, had the chance to represent YSP Switzerland at the regional meeting on January 28th in Vienna. This meeting took place in order to guide young leaders in Europe and Middle East to understand the role of Youth and Students for Peace, its core values, which are Responsibility, Integrity, Service, and Empathy, as well as to discover its vision of a global family of young people building a world of peace with true love. Furthermore, Youth and Students for peace aims to invest in the accomplishment of the UN sustainable development goals.

Around twenty young people represented their respective European country, five YSP regional leaders were also present, as well as our European-Middle Eastern YSP leader, Jeonghye Yeom. We had the honor to listen to the Vice-President of YSP international, Koji Matsuda from Japan, as well as Naokimi Ushiroda from the United States who leaded the Peace Designer Education activity. This meeting was helpful, guided us on our role and responsibility as young people, and gave us spiritual strength to put into place inspiring projects in our respective country. It was also a memorable opportunity to meet other inspired young people from all around Europe and Middle East and create deep bonds.

Furthermore, one of the goals of YSP is to gain a consultative status as an NGO within the UN, as well as to unite with UPF and WFWPU. YSP Switzerland will therefore work hard to achieve its responsibility and goals.